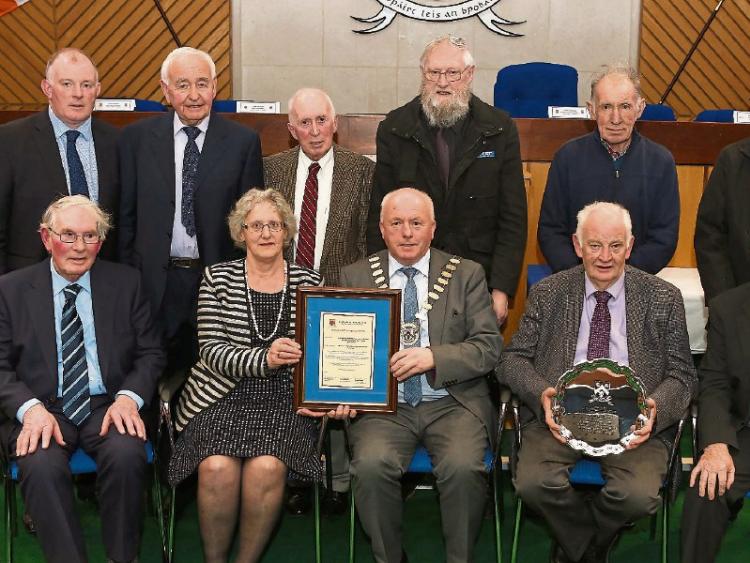 A defining moment in Irish country life was honoured last Thursday night when Laois County Council hosted a civic reception for the Farmers Rights March in 1966.

The surviving local participants gathered at County Hall to recall an event which shaped their lives back then, and shaped farmer representation in this country up to the present day.

Something of the fervour of the time echoed in County Hall on the night, as first hand accounts and anecdotes of the march were recounted by those locals who were there at the time.

In the intervening 50 plus years, it's easy to forget just what was at stake.

In 1966 farmers did not have access to any kind of negotiating rights.

They were denied representation and received no recognition from Government.

It was a time when the emphasis was on other areas of industry, with the Lemass drive for modernisation well and truly underway.

Low product prices, low incomes and high rates on land were exercising the minds of farmers and their leaders.

To address this state of affairs the then National Farmers Association President, Rickard Deasy set out to lead his members on a 217-mile march from Bantry to Dublin.

It culminated in a sitdown on the steps of Government Buildings which evenutally forced the government's hand.

It also led to the establishment of marketing boards for farm produce, something which had not existed up to this time.

The significance of what was achieved by this marathon march in 1966 cannot be overstated.

It is notable as well for the effective way it was organised, and the manner in which it was conducted.

It also led to the creation of one of the most effective lobby groups in the country, in the shape of the IFA.

It was fitting that it was honoured by Laois County Council.

As the current county chairman, Francis Gorman pointed out on the night, agriculture is the predominant industry in the county, and that still remains the case even in an era of greater urbanisation.

Now as Brexit looms on the horizon, there are many more challenges to come for the sector.

Farmers will need effective representation more than ever.

Lets hope the spirit of 1966 can infuse their response.