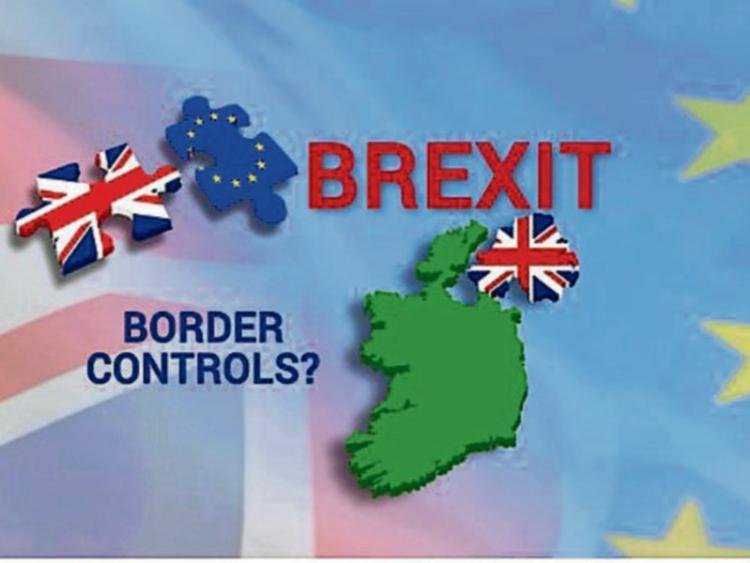 Since June 23rd last year, there’s been a lot of talk and speculation about what the departure of the UK from the European Union will mean; both for Ireland and the EU as a whole.

It has now been confirmed that on Wednesday 29 March, British Prime Minister Theresa May will trigger Article 50 of the Lisbon Treaty, which will mark the beginning of the formal process of the UK’s departure.

Firstly, it’s important to stress that the UK will not be leaving the EU immediately. In fact, this process will take at least two years. In the meantime, there will be no changes to our relationship with the UK, and your rights will remain the same. Irish people can travel easily to Britain, live there, work there and in some cases, vote there. That will not change any time in the next two years, and we will be doing our utmost in the negotiation process to ensure that this doesn’t happen at all.

The first thing that will happen is that there will be complex and sometimes very difficult negotiations, in which Ireland will be part of the team of 27 countries staying in the EU. Ireland is prepared for this – in fact, we have been preparing for these possible negotiations since before the UK had their vote. We have Ministers who know the business of Europe, many of whom have been working at the European table with their colleagues for a long time. We have a team of diplomats and officials with extensive experience in complex international negotiations focused on getting the best outcome possible. Through the All-Island Civic Dialogue on Brexit, which I co-hosted with the Taoiseach, over 1,200 representatives of a broad range of industries, sectors and civic society groups met in over 16 events in four months and discussed their concerns about Brexit with Government Ministers and Government officials. This process has helped the Government to deepen and expand our negotiation priorities.

Ireland has made our priorities for these Brexit negotiations very clear. We want to protect our economy, especially sectors such as agrifood that are heavily reliant on the UK for their business. For us to do this, we need the closest possible trading relationship with the UK, something that a number of other EU countries also want. We want to maintain our Common Travel Area with the UK and the invisible border with the North. We want to protect the peace process and ensure all aspects of the Good Friday Agreement are fully respected. We also want the future of the EU to work best for its citizens and the European economy.

These priorities have been made very clear to every other EU member state, and to the British as well. Both the EU chief negotiator and the British PM have openly acknowledged that they want to solve the issue of the border on the island of Ireland while protecting the gains of the peace process, and that this must be a key part of whatever deal is negotiated.

The Taoiseach has made our case to all of his fellow European leaders, as well as to the British Prime Minister Theresa May, and the Minister for European Affairs, Dara Murphy has also been very active. For my own part, since the referendum last year, I have spoken with every EU Foreign Minister and undertaken over 70 engagements across the capitals of Europe. I have also raised our issues beyond the EU’s borders, in Washington, Tokyo and elsewhere: now more than ever we need to reach out to our international partners to let them know that Ireland is ready for the challenges of Brexit.

The message that we’re getting back from Europe is that the Irish-specific issues are indeed understood, and that our partners are sympathetic – especially in relation to the border and the protection of the Peace Process.

It will take a while for the UK to actually leave the EU. Once the UK leaves the EU, ironing out its future relationship with the Union could take even longer. This will bring changes, but not all of them will be for the worse. There are also some real opportunities for Ireland – as the only English-speaking country in the EU, with the fastest growing economy in the EU in 2016, and as the European HQ of so many multinational firms.

The negotiating teams are ready. The Government has its priorities set. Information that helps people to understand what is going on is being and will continue to be made available. This won’t be easy. But we have overcome challenges before, and we will do it again with Brexit.

Minister Charlie Flanagan and Minister Marcella Corcoran Kennedy will jointly host an open public meeting on Brexit on Monday 10th April, in Portlaoise Heritage Hotel at 8pm. Speakers will include representatives from both the Agricultural and Business sectors; the meeting will be followed by a Q & A session afterwards. All are welcome to attend.

For more information on the Government’s preparations for Brexit, see www.merrionstreet.ie/brexit.

For information on your rights in relation to Brexit, do check out www.citizensinformation.ie/brexit.