Death of Fr. Tom Delahunty - a native of Cullohill and US Army Chaplain 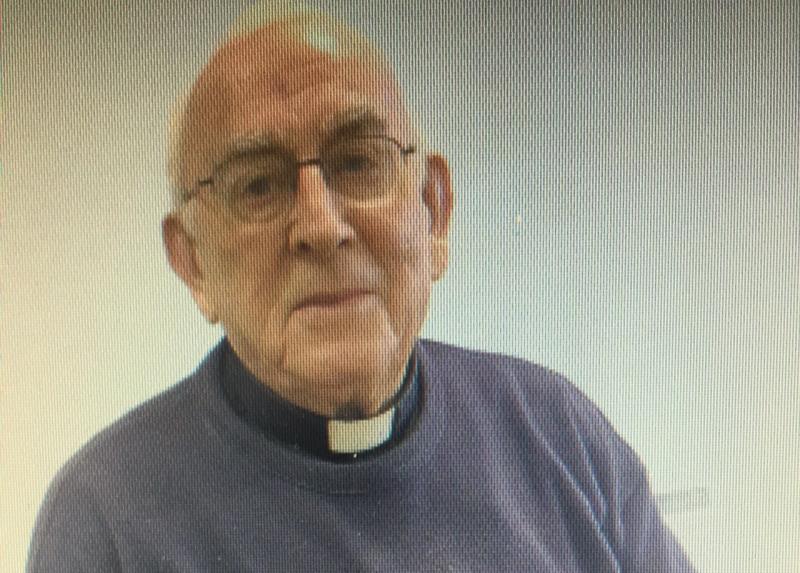 Father Thomas Delahunty, a native of Cullohill, has died suddenly in California, just short of his 90th birthday.

Originally from a family of nine from Newtown, Cullohill, his passing now leaves just one remaining member of his family - Julie Bergin in Abbeyleix.

He was a regular visitor home and in the summer of 2015, he spoke to the Leinster Express about his eventful life.

We reproduce that article here:

A Cullohill priest who recently celebrated his diamond jubilee, returned to the US over the August bank holiday weekend.

Father Thomas Delahunty spent 28-years as a US Army Chaplain and held the rank of Lieutenant Colonel, a role which saw him posted to places as diverse as Hawaii, Berlin and South Korea.

From a family of eleven, Fr Delahunty was born in Newtown, Cullohill in May 1930.

Following the death of his brother Dan in Rathdowney last year, himself and a sister are now the last remaining members of his family.

Tom Delahunty commenced his education at the local national school in his native Cullohill.

From there he entered St. Kieran’s College in Kilkenny where he was to remain for the next eleven years.

He was ordained in June 1955, after being accepted for the diocese of Sacramento in California, during his first year of philosophy.

He arrived in Sacramento to take up residence just after Christmas in 1955. The next few years were spent working in a number of parishes in that diocese.

In 1962 he was assigned to Our Lady of the Assumption Parish in Carmichael in Sacramento.

It was to prove a propitious posting for it was at this stage that his incumbent Bishop asked him if he would consider part time duty with the US Army Reserve, headquartered in Sacramento.

Part time Reserve duty entailed weekly drill training and occasional weekend training, as well as a fortnight of training once a year.

The duty afforded Tom the opportunity to go to the US Army Chaplain School in Fort Hamilton, New York where he completed the basic and advanced chaplain courses.

During this time he was promoted to the rank of Captain.

Against the background of the escalating conflict in Vietnam and a shortage of militarychaplains, Fr Tom decided he wanted to “step up to the plate” as he put it himself

He asked his Bishop if he would consider letting him go on active duty with the military.

The Bishop duly consented and, in October 1967, Fr Tom received his first military assignment to Fort Irwin in Southern California.

It was the start of a military career which was to take him all over the world, but during which he saw no hostile action.

A number of assignments followed in quick succession.

In 1969 he was assigned to ASCOM, a large Army depot and Medical Evacuation Hospital in Yongsong, South Korea.

The hospital was the centre where naval personnel were brought following the Pueblo incident a year earlier, in which a US naval vessel was captured by North Korea.

During this tour in South Korea, he was promoted to the rank of Major.

Korea was followed by a posting to New Ulm, Germany in 1970. From there he was sent to Fort Ord Basic Training Centre in Monterey, California.

His next assignment was to the US Army Chaplain School in Fort Hamilton, New York and to Long Island University for a full year of study.

Then it was back to the 2nd Infantry Division in South Korea. This was followed by an assignment to the Tripler Army Medical Centre in Honolulu.

It was during this time in Hawaii that he was promoted to the rank of Lieutenant Colonel. His next assignment was to the US Army base in the Presidio in San Francisco.

After this he went to Karlsruhe, East Germany, followed by two years with the Berlin Brigade in Berlin.

He cites Berlin as his favourite posting. It took place at a time when the Cold War was at its peak. It afforded him the opportunity to take many trips into East Berlin.

Following Berlin he spend 13 months in Sinop, Turkey on the Black Sea.

He was the only Army Catholic Chaplain in the country, a factor which required him to undertake a lot of travel, visiting the different installations in Turkey where US troops were stationed.

Honolulu was the next port of call and from there he began his last assignment with the 18th Medical Command and Army Hospital in Seoul.

During this time in Seoul, he was awarded the Legion of Merit for his exceptional performance during 26-years of service.

Fr Tom retired from the US Army in August 1993, having served a total of 28-years of active military service. During his retirement he has assisted with work in many of his local parishes.

He now lives in Cameron Park in Sacramento.

Fr Tom expressed thanks to family and friends for their support and encouragement from the beginning to the present.

He also thanked the bishops, priests, and religious he has worked with over the years.

He is also grateful to the different parishes and military communities for their support, friendship and encouragement.

“During my time in the military I worked with many religious denominations and people of all faiths.

"There would normally be four chaplains on a base. The support I received was remarkable," he recalls. "It was an on-going education for me. For example, in Turkey I used to visit the local Imam.

"It’s a great joy for me now to look back on the all work that was done during those years."

Fr Tom has been a regular visitor back to Ireland and Laois, where he has many nieces and nephews and relations.