A Laois girl has won the top prize in Ireland's foremost national art competition for children and teenagers.

Once again, students have shown what an artistic county Laois is by taking a number of top prizes in this year’s 63rd Texaco Children’s Art Competition – including the overall award.

This year, four Laois students feature amongst the top winners. Lucy Deegan, age 17, from Luggacurren, won first prize in the 16-18 years age category and was chosen overall winner in the Competition. 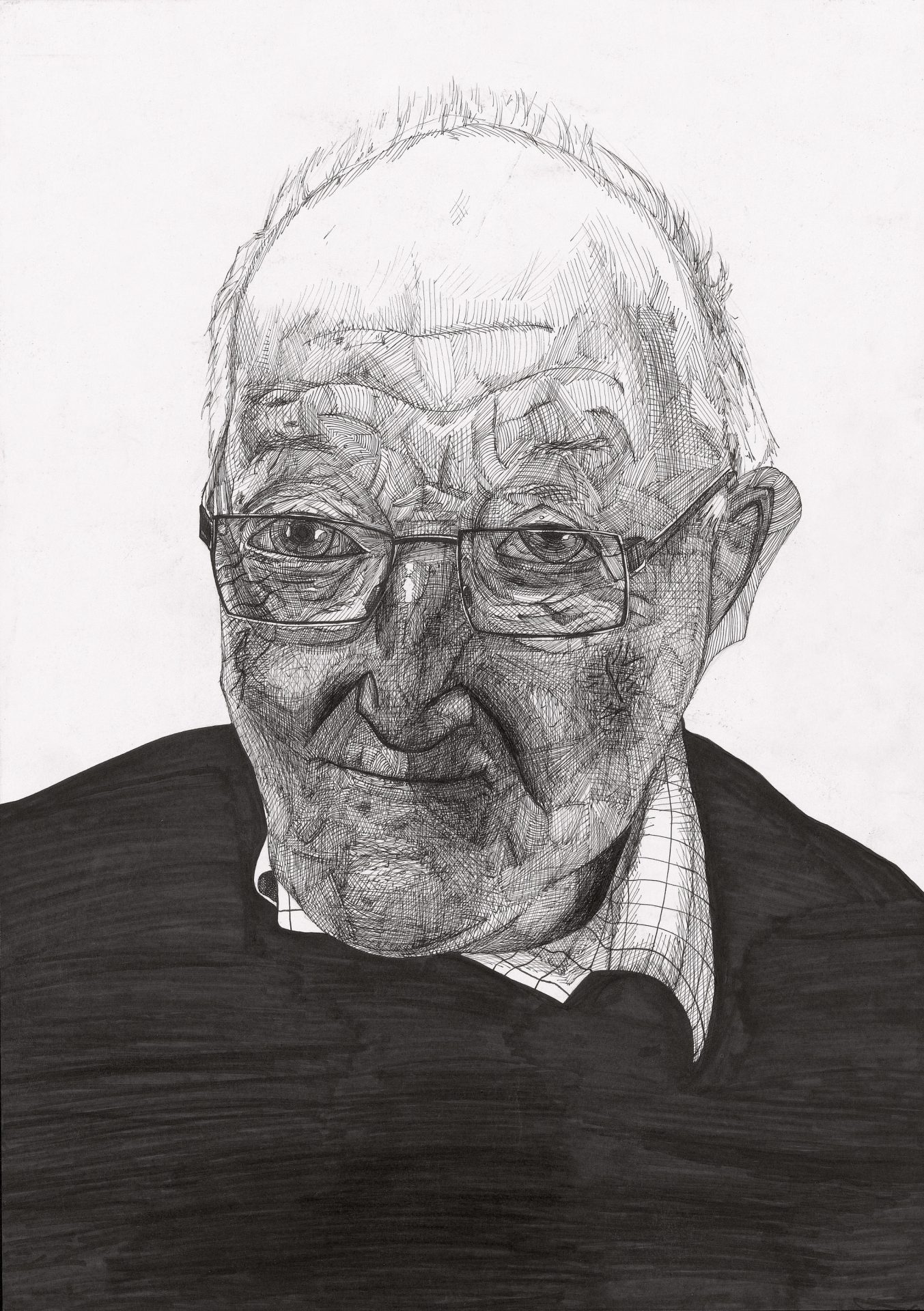 Other young Laois winners, each of whom will receive a Special Merit Award, are Asma Zulfiqas (age 14), from Scoil Chríost Rí, Portlaoise and Abdul Ahad Zulfiqar (age 6), from Holy Family Junior School, Portlaoise.

A pupil of Gaelcholáiste Cheatharlach in Carlow Town, Lucy is the daughter of well-known tourism industry figure, Jim Deegan – founder of the Railtours Ireland First Class organisation, and his wife Fionnuala – herself an accomplished animation artist whose work features in Hollywood blockbusters ‘An American Tail’ and ‘All Dogs Go To Heaven’.

No stranger to the Competition, Lucy has featured amongst the prize-winners on five occasions to date. In winning the Competition, not only has she underlined her own artistic ability but, as one of four siblings, that of her brother Tom and sisters Annie Rose and Juliet, all of whom have won prizes in previous years.

Carefully executed with colouring pencils and white gel pen, her work entitled ‘Tom – Summer’ is a detailed portrait study of her brother which competition adjudicators said is a ‘beautifully composed and exquisitely finished’ piece.

“My brother Tom is special to our family. Because he means so much to us, I wanted to capture him at his happiest,” she said. 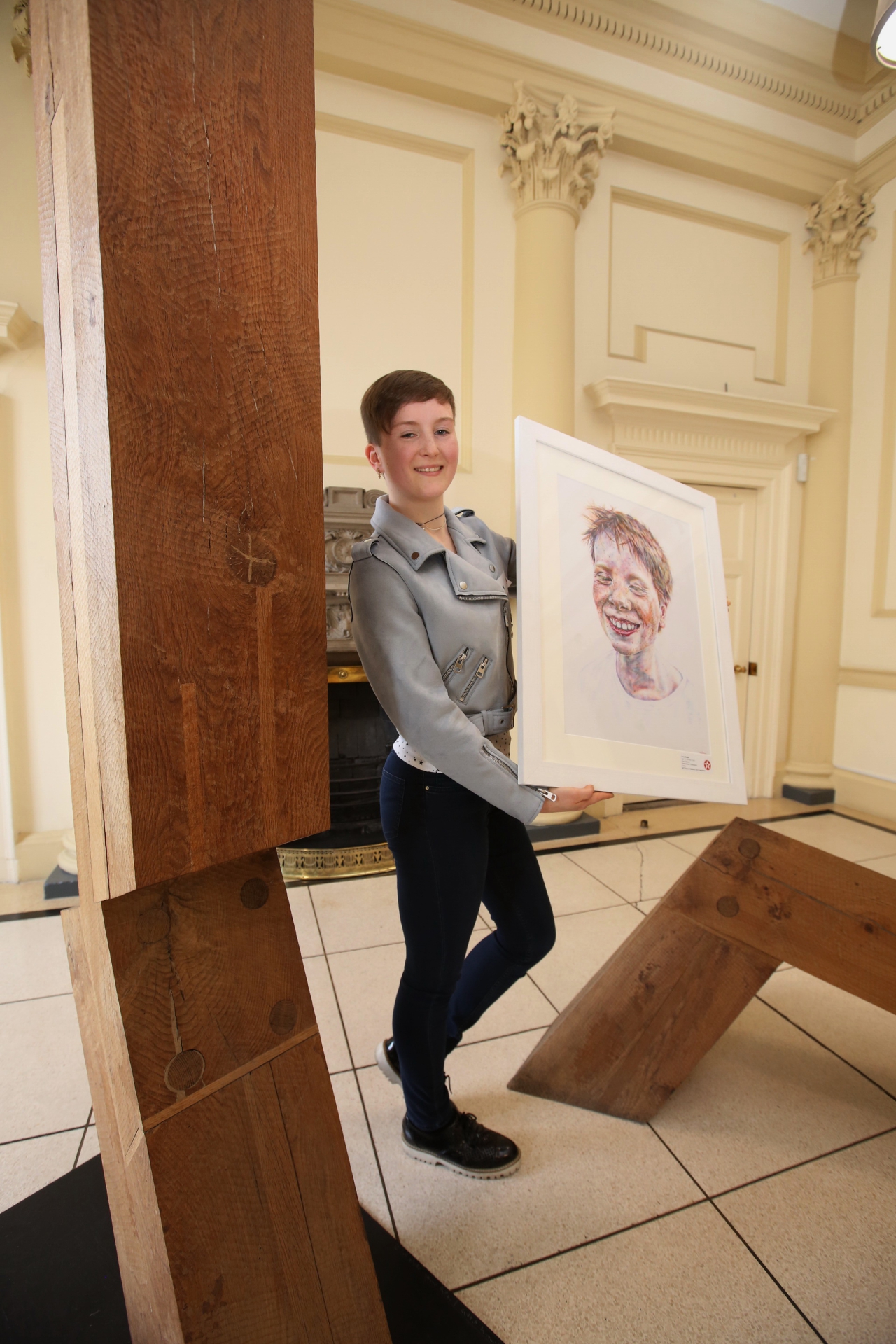 Lucy with her winning painting at the announcement of winners in the Hugh Lane Gallery in Dubin Dublin. Pic Mac Innes Photography

Away from painting, Lucy is well known to fans of GAA ladies football – as a midfield player with the St. Joseph’s Ballyadams club and as a player with the County Laois ladies minor football team.

Artistically, she attributes her achievements to the encouragement and guidance she receives from her art teacher Noirín Ní Eireamhóin and from renowned artist Iwona Nartowska O’Reilly who runs a popular art class in Bagnelstown.

Her prize includes a cheque for €1,500 plus an opportunity to visit Tokyo next August at the invitation of the International Foundation for Arts and Culture. There she will be an honoured guest at an awards ceremony being held in conjunction with the 18th International High School Arts Festival in which her winning artwork will be one of the exhibits.

Praising what he termed the ‘skill and maturity’ of her work – which took Lucy almost two months to complete – the Chairman of the judging panel, Professor Declan McGonagle described her winning entry as “a life-like and brilliantly executed study in which the artist has so perfectly captured the personality of her subject and in which the affection she has for her brother is so wonderfully revealed.” Ciarán Leonard with his winning painting at the announcement of winners in the Hugh Lane Gallery in Dubin Dublin. Pic Mac Innes Photography

Asked how she felt upon hearing of her success, Lucy said: “I have been entering the Texaco Children’s Art Competition every year and it has always been my dream to be the overall winner. My mum was crying when she told me and I just burst into tears beside her.”

In winning the coveted first prize, she fought off competition from thousands of young students from across Ireland who took part in the Competition. She will be presented with her prize at the prize-giving ceremony in the Royal Hospital Kilmainham next month, when all of the 126 winners, from seven categories, will be in attendance. 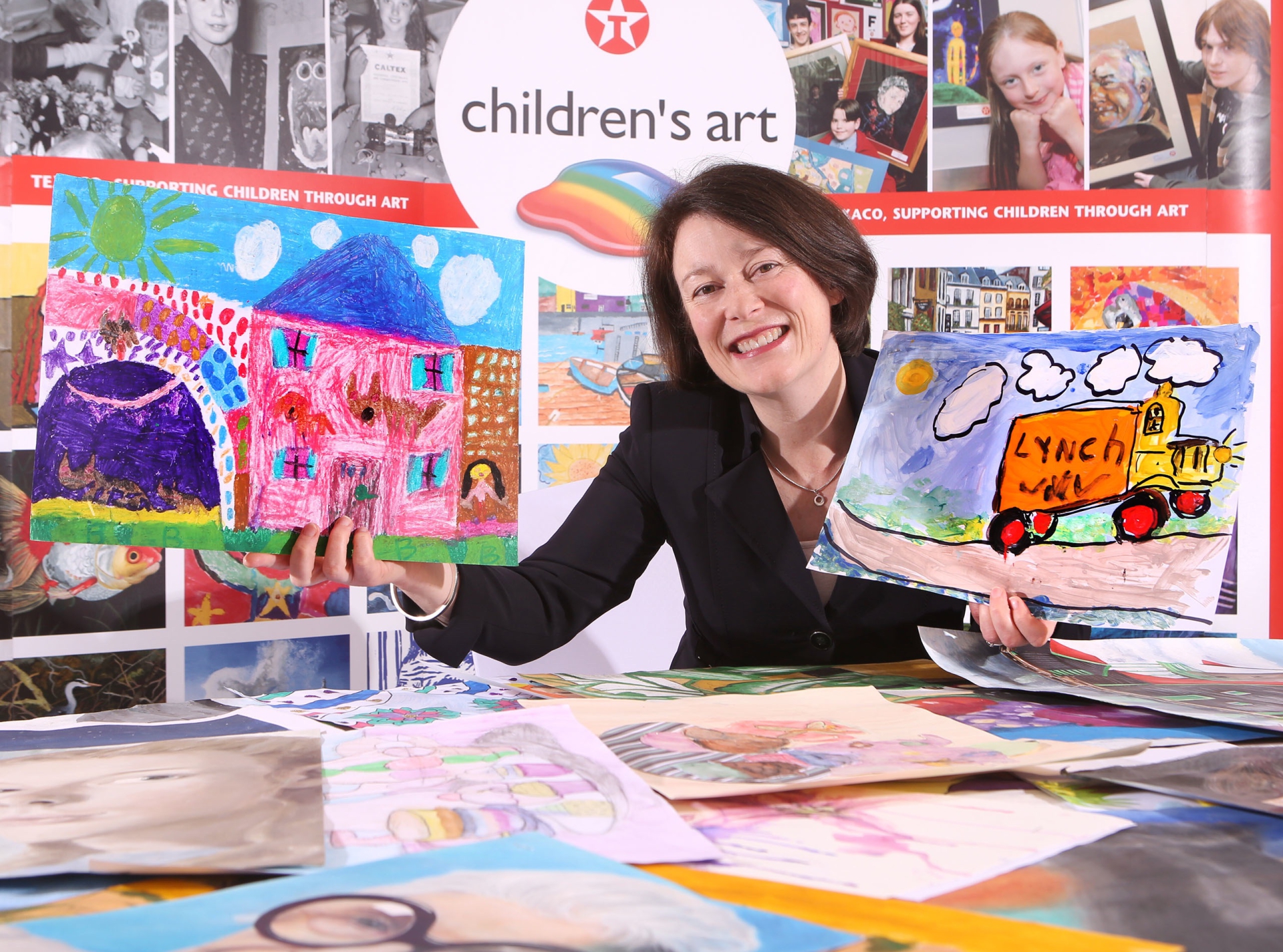