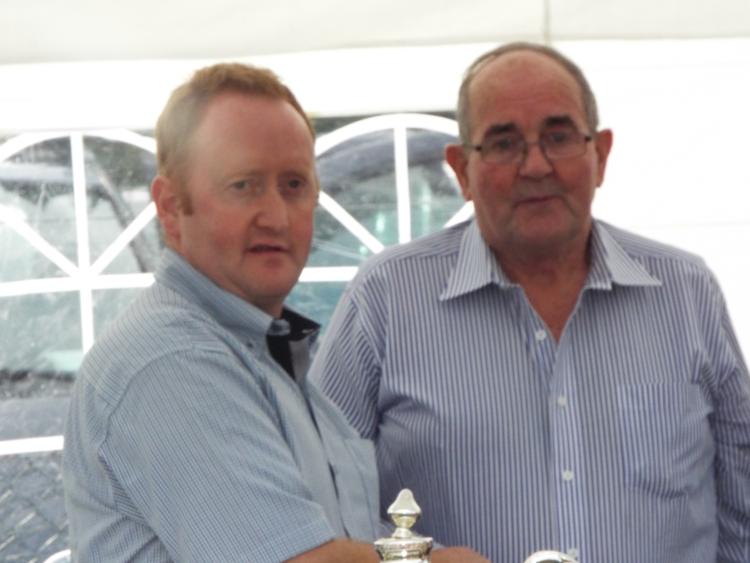 Camross, Mounrath and the wider hurling family were deeply saddened with the passing of Tim Keenan of Church Street, Mountrath and formerly of Roundwood which occurred on Tuesday April 4.

The eldest of four children of Frank and Sheila Delaney of Roundwood, Tim had been ill for some time and passed away in the wonderful care of the staff of the Midlands regional Hospital Portlaoise, surrounded by his adoring family.

Tim will be best remembered for his contribution to hurling in Camross from his first appearance in a minor final in 1962 until his last senior medal success in 1980, helping the club to their second five in a row. He won four out of five in the first five in a row in 1969. His goal in the Leinster final in 1976 is part of folklore of the club.

Outside of hurling Tim was simply a workaholic from the time he left Killanure national school around the late 1950s. Hyland’s sawmills in Ballybrittas was where he worked for many years, then felling trees in many forests. However, he always found time for training. He met the love of his life, Helen just down the road and they moved to live in Mountrath where the family became hugely popular when they began a taxi service that served people far and near.

Tim’s health deteriorated in recent times and he spent time in Portlaoise Hospital. There was always hope he might recover but on Tuesday, April 4 he lost his battle for life. He reposed at his residence on Wednesday and Thursday where a constant stream of people came to pay their respects.

After Mass the cortege stalled briefly in Church street en-route to Roundwood, where he was born and resided on both sides of the road, then the final journey for burial to the family plot in St Fergal’s cemetery Camross. As the cortege approached Scully’s cross Camross GAA club formed a guard of honour and Tim became the second player from the 1979 County final to be laid to rest in a week. On Thursday March 30 "Maggie" Walsh was laid to rest in Ballinakill.

While the sporting world will miss him, his loss will be felt most at home by Helen and Declan and his grandchildren Eimear and Oisin, whom he adored.