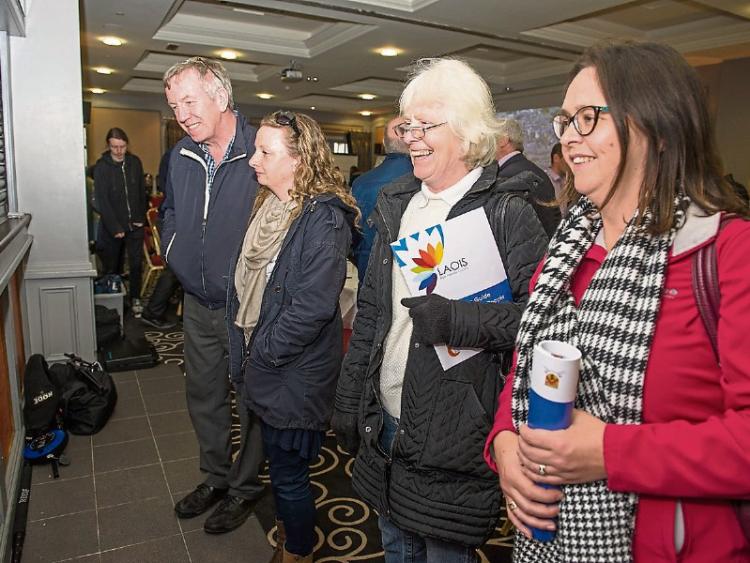 The public reaction to the plan for Portlaoise was mixed, with a degree of sceptism to the fore when it was launched last week at the Portlaoise Heritage Hotel.

“The fear I have is that all of this is going to remain very aspirational,” said John Dunne.

He claimed that the plans for Market Square were 'identical' to a proposal in the Lotts report published some years back. He was scathing about the Blueway park along the River Triogue.

“People will not go near it (the current linear park) because of anti-social activity,” he said.

He also claimed the river in the People’s Park is overgrown and dangerous.

He said the commercial aspect has to be built up in the ‘old town’ to bring people across.

“The only way you will ever do that is to reduce rates. If I was a shopkeeper I’d be hopping mad over this. There are empty buildings on the Main Street. The reason they are derelict is totally down to the county council. You have not enacted the derelict buildings act,” he said.

“More luck to yee lads. It looks lovely, like one of these shiny happy towns in California. Please God I won’t be here to see it,” he said.

Cian McGearailt, told a previous public meeting that a pint of milk could not be purchased on main street.

His biggest reservation with the final details was the timeline. He estimated that he would be aged 38 by the time all the contents were published.

One speaker said the plan has great potential to help the arts and creativity to flourish in Portlaoise.

Other speakers welcomed the proposal but queried what it does for cyclists since there was no apparent cycle lanes designed into the narrower James Fintan Lalor Avenue.