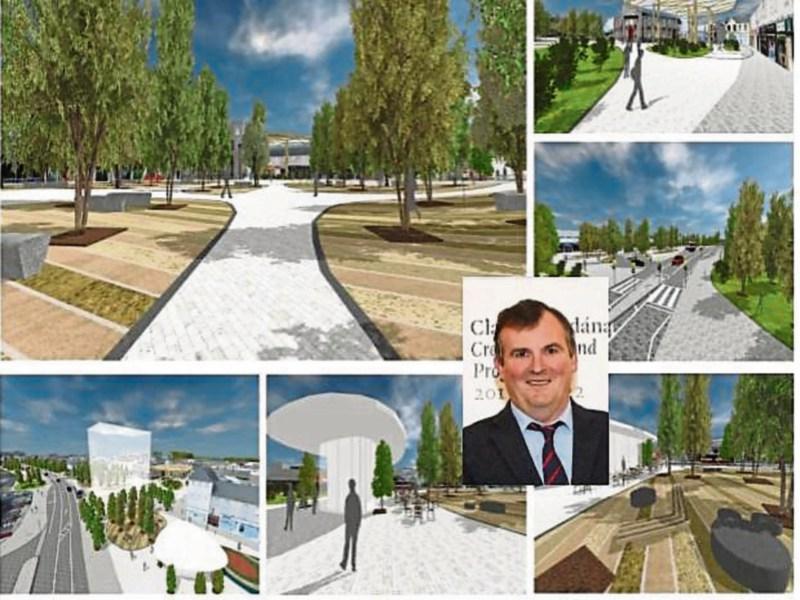 Portlaoise is becoming a city and the plan commissioned by Laois County Council offers the chance to become a model of a place that can bounce back from recession.

That was the view of John Mulholland, the council's chief executive, as details of the Portlaoise Public Realm project were outlined to the public last week.

Mr Mulholland told the meeting that the plan represents an opportunity .

“You have a choice to make. You either want something to happen or you don’t. We cannot sit on our hands and allow town centres, particularly in the midlands, to hollow out even more,” he told the public meeting at the Portlaoise Heritage Hotel.

He said he was not a Portlaoise native but is “extremely passionate” about the town and is “extremely confident” about its future. He said that when he first worked in Laois two decades ago the total population of greater Portlaoise was about 9,500, but this has grown to 23,000. However, he said the big difference is that the centre has “been hollowed out.”

Aware of the concerns of business, he said he wanted to “allay anyone’s fears” that anything presented by the project team was not confirmed for implementation nor will it be for a “significant amount of time.”

“If it was the intention of this plan to close down any business then we are in the wrong business because that is not what its intention is. On the contrary, the intention is to make it more dynamic and a place that is going to attract people to shop here,” he said.

He said he has met with Portlaoise traders and is aware of their challenges, but insisted there is ‘no easy fix.’ He accepted that people would have reservations.

He said there are recent “votes of confidence” in Portlaoise such as the Portlaoise Heritage Hotel’s renovation and the intention of Laois County Council to purchase land on the town’s outskirts for economic development.

While there are questions, he said he was not fearful.

“I would not be at all fearful about the future of Portlaoise. I would be very confident as we build towards a population of 30,000. We are becoming a city fast,” said the chief executive.

He asked people to consider what is in front of them and check out the plan and digest it and to see it is the right direction.

“If you are not (satisfied) you can tell us. We don’t have to do anything but we do have to plan and we do have to be open about it,” he said.

As regards the cost of the changes he said there is no estimate, as there is no implementation plan.

“That would be jumping to assumptions about public acceptability but, once it is enshrined in some kind of legal statutory planning basis, we can begin to put costs and implementation plans on it. The important thing is that if, for the most part, you get the backing of the community, you stand a far better chance of getting funding for some of these projects,” he said.

“What I would like to see, I’ sure some mighn’t, is Portlaoise as a model of a town that can stand on its feet and recover from the severe financial blow that we suffered over the last ten years,” he said.

He said the depopulation of town centres is not unique to Portlaoise and is a feature across the western world.

“You can see the impact through the ballot box when people are unhappy with their environs and with lost trade. What we want to do is stand up and be strong and confident about the direction of Portlaoise,” he said.

He hoped the finalisation of the plan was the start of a process that would deliver “outstanding results for Portlaoise”.