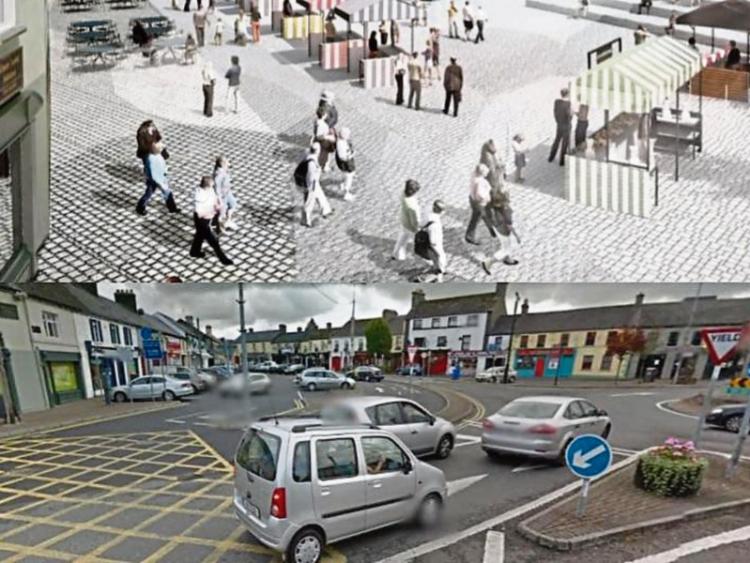 John Dunne from Portlaoise casts a sceptical local view on the new plan for Portlaoise's overhaul.

Maybe it has something to do with the fact that my family, on both sides, has lived in the locality for at least 200 years; maybe it’s because I can be a bit contrary, but I’m inclined to get emotional when it comes to our town.

What I hope you’re going to continue reading was written in the white heat of annoyance/disappointment/indignation after I came in from a meeting about the future of Portlaoise.

The evening was presented by a diverse team of consultants, and its centrepiece was a video of a 3D vision of the town in the year 2040.

It was, we were proudly informed, the most comprehensive 3D representation of any town in Ireland.

Maybe so, but what I saw was a version of SimCity; a sunshiny, beautifully-laid out metropolis I hope I never have to live in.

Perfectly designed, spotlessly-clean , but, it seemed to me, utterly soulless and sterile. All it needed were Hawaiian shirts and palm trees. It might never rain in Southern California, but it sometimes lashes in Portlaoise.

But what really concerned me was that all the great plans came across as totally aspirational.

Take Lyster Square, for instance. The future Square is envisaged as a people-friendly sit-down-and-have-a rest-and-a-chat sort of area connecting the ‘new’ supermarket part of the town with the old Main Street.

But there wasn’t a single mention of why shoppers would want be connected with the old Main Street. Unless rates are reduced, and small businesses – coffee shops, crafts shops, artisan food outlets, attractive street art and music – are given a chance to provide alternatives to the generic experience of supermarket shopping, you can make Lyster Square as people-friendly as you like.

So the first thing that needs to be done is reduce rates for present and potential small shopkeepers on the Main Street and, I would suggest, charge the multinationals as much as possible.

We were shown great plans for the redevelopment of the Market Square. But the proverbial fly in the ointment here is that the exact same idea was proposed in the Council sponsored Lotts Architectural Survey back in 2008 and what happened? You can guess.

Another plan for 2040 is an extended Blueway– planners’ speak for a path by a river.

We already have the River Triogue Linear Park with its frequently invisible river (Yes, the Council did get rid of some overhanging branches last year but the clean-up was nothing like what I was assured would happen.)

The dense nettles and tall weeds – a source of grave danger for young children like the lad I saw running through them in purstuit of his football, totally unaware that he was racing towards the river – weren’t touched at all.

The River Triogue Linear Park is fast becoming little more than a shortcut, and I know people who, afraid of unleashed dogs and perceived anti-social behaviour, won’t venture there at all,

Then there’s the People’s Park on the New Road. I know it won a prize a couple of years ago, but is it my imagination or is the lake getting smaller by the year?

Maybe the Council has identified a new tourist attraction: The Great Disappearing Lake of Maryborough?

One of the consultants spoke about ‘the greening’ of Portlaoise. Another buzz word. If you want to have town parks and green areas, it’s absolutely crucial that you appoint a Park Ranger to look after them. Parks can’t manage themselves.

Another referred to the unsightly buildings on Main Street. Has such dereliction anything to do with the simple fact that the Council has not been implementing the 1990 Derelict Sites Act. (There’s a joke about the dereliction of duty in there somewhere.)

I personally know of cases where the Council stuck ‘warning’ notices on the front doors of derelict houses. They were blithely ignored by the owners, and did our Local Authority pursue the matter further?

I nearly forgot: we were also told we are heading towards becoming a city. (Current population 23,000 plus) Brilliant. What about the hospital? Quick, Nurse, more trolleys?

So after all that, what have we? As far as I’m concerned, a brilliantly-made, slick video my grandchildren would love – Grandad, what’s that big see-through yoke in Lyster Square? – and loads of well-meaning aspirations.

Good luck to all concerned with this venture, but there could be any number of economic downturns between now and 2040.

We're constantly being told that we're now going through some sort of recovery. If that is indeed the case, I would suggest that, instead of fixing their gaze twenty-three years into the future, the consultant/planners/experts would be more profitably employed dealing with the problems under their noses today.