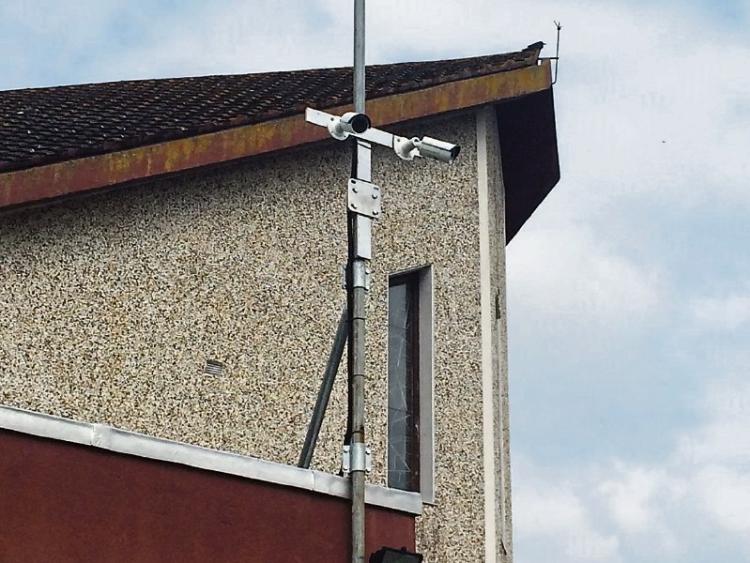 CCTV installed at the Parish Church in Borris-in-Ossory.

Community Alert Groups around Laois who want to keep out criminals with CCTV will soon be able to apply for public money to install cameras.

The Tánaiste and Minister for Justice and Equality, Frances Fitzgerald has announced a new grant-aid scheme to assist community groups to assist the establishment of community-based CCTV systems.

Several groups in Laois have already been forced to turn to cameras to keep out the criminals. These range from small villages like Errill to towns the size of Mountrath.

Portlaoise has cameras are controlled by the Gardaí but there is no official system in the other two big towns, Portarlington and Mountmellick.

Under new the scheme, eligible community groups can apply for grant-aid of up to 60% of the total capital cost of a proposed CCTV system, up to a maximum grant of €40,000. Upon approval of the grant, the applicant will receive an up-front payment of 50% of the grant with the balance to be paid when the system is fully operational.

The Department of Justice says some of the key objectives of the Scheme are to enhance existing policing provision within the community, to assist in the prevention and reduction of local crime, disorder and anti-social activity and to increase community involvement in the provision of legitimate, integrated responses to prevent and reduce crime in local areas in association with appropriate agencies.

“I am delighted to announce this scheme, which delivers on the Programme for Government commitment to provide investment in CCTV systems. The commitment is also included in the Action Plan on Rural Development,” said the Tánaiste.

“I am very conscious of the value that communities, especially rural communities, place on CCTV as a means of deterring crime and assisting in the detection of offenders. In addition, it serves to reduce the fear of crime. With this in mind, I secured €1 million in Budget 2017 to support qualifying community groups who wish to establish CCTV systems in their areas and I would now encourage them to avail of the scheme”.

It is intended that the scheme will run for three years with funding of €1 million being made available each year.

The scheme aims to build on the previous Department-funded community-based CCTV scheme which was launched in 2005 and which funded the establishment of some 45 Community CCTV systems. The last of that funding was paid out in July 2013.

In order to qualify for grant-aid:

* the application must have been approved by the local joint policing committee;

* the proposal must comply with the CCTV Code of Practice which sets out the conditions which must be adhered to by applicants for grant-aid;

* the proposal must comply with the Garda Technical Specifications which set out the standard of equipment that should be used for proposed CCTV systems; and

* the applicant must have received an authorisation from the Garda Commissioner under section 38 of the Garda Síochána Act 2005.