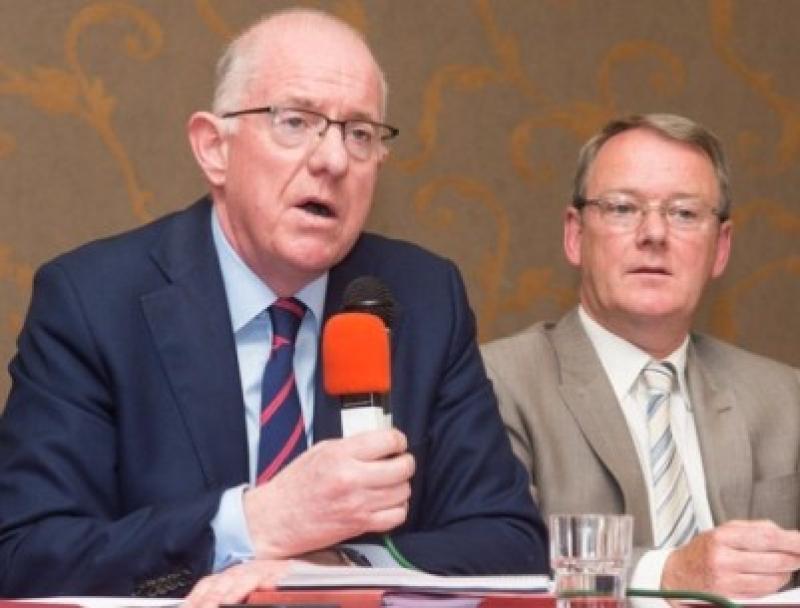 Sinn Féin TD Brian Stanley said that the Fianna Fáil / Fine Gael 'back room deal' on domestic water leaves the door open for the introduction of charges down the road.

However, Laois Fine Gael TD and Minister Charlie Flanagan has hit back saying Deputy Stanley's Party has swung radically on charging the Irish public to pay for water.

“This latest Fianna Fáil U-turn leaves us with the likelihood of water charges being re-introduced further down the line," claimed Dep Stanley.

"The excess limit will be lowered and then the allowance will be reduced which effectively will mean water bills by the back door," he said.

Despite all their promises he said Fianna Fáil has "caved in" to Fine Gael pressure in order to protect and maintain their dual status of Government prop and "faux opposition" party and to avoid an election.

The Laois TD said  introduced a Bill to hold a Referendum to stop the privatisation of water services and it was rejected at the time, but FF/FG now accept this in yet another about face. He said that while the water metering programme is also scrapped, the Government "wasted €470 million" on meters with only 58% of households done.

"This fiasco is further proof that Fianna Fáil can’t be trusted,” he said

Stanley concluded the mass movement in Ireland against water charges sent a clear message to Government that water charges will not be tolerated and any attempt to introduce them by stealth will be answered through the ballot box at the next election.

While Fianna Fáil was the main target for the Sinn Féin TD However, his constituency colleague in Fine Gael Charlie Flanagan hit back.

“It’s a bit rich for a Sinn Féin representative, who comes from a party that only changed its own stance on water charges because it was under pressure from the hard left, to raise the idea of future water charges.

"Sinn Féin has changed its mind several times on this issue – first they were paying, then they would partially pay, then they weren’t paying. And let us not forget that there are water charges in the North, where Sinn Fein has been in Government, and hopefully will be part of a power sharing Executive in the near future.

"As always, Deputy Stanley forgets about the thousands of people who are in any case paying for their water right here in Laois. These people – on group water schemes – have paid, are paying and will continue to pay. That’s why the most important thing now is for the water system in Ireland to be monitored and upgraded, so that people can rely on clean drinking water for their homes,” concluded the Fine Gael Minister