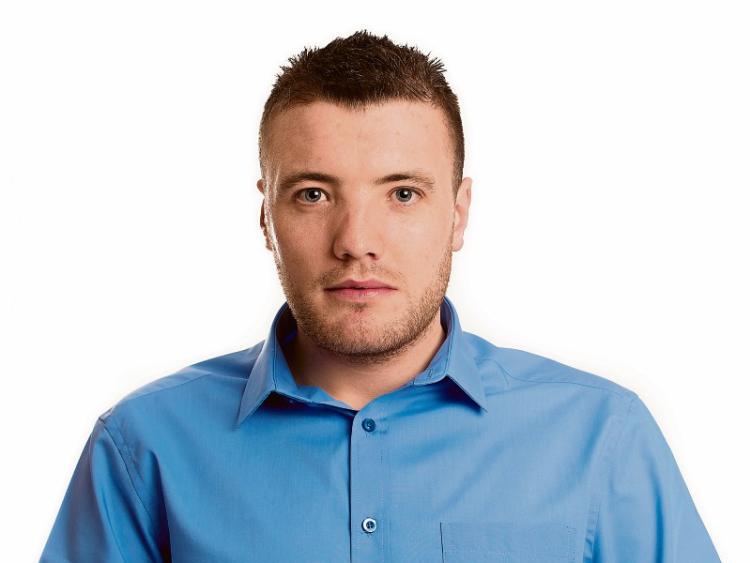 Rosenallis Cystic Fibrosis sufferer Daniel McDonald finally has hope for the future, now that his national campaign has succeeded in guaranteeing that a potentially lifesaving new drug to treat the disease will be available in Ireland.

“It’s amazing what can be achieved when a small community, like the CF community in Ireland, comes together. It brings home the reality that those who shout the loudest do get heard,” he told the Leinster Express.

The 28-year-old Rosenallis man became the face of a national poster campaign to pressure the Health Minister to negotiate a lower price for the drug Orkambi, after the American drug manufacturer Vertex set the cost at €158,000 per patient per year.

In the wake of the campaign, the HSE has reached an agreement with the manufacturer to start providing the drug to CF patients from the beginning of May.

Daniel is delighted with the result and praised all involved in the campaign, saying that many had to reveal their most inner, personal selves.

He acknowledges that there will be questions raised about where the funding will come from for the drug, but believes that people must look at the bigger picture.

While this is the most expensive drug the State has purchased, Daniel points out that less money will have to be spent on hospitalisation of users once they start accessing Orkambi.

As trials of the drug have resulted in a decrease in hospitalisation, he said that in the long-term it makes sense to invest in the drug.

“New drugs are being developed all the time, but just not for Cystic Fibrosis,” he said.

Initially, he will have to travel to St Vincent's University Hospital in Dublin, which incorporates The National Centre for Adult Cystic Fibrosis, to receive his treatment, but thereafter he will be able to receive it from his local pharmacy.

At present, Daniel has an intense daily routine lasting up to two hours to address his condition, including the use of a nebuliser, exercise and a regime of tablets.

“It’s all to halt the decline of lung disease, but it just treats the symptoms and not the cause,” he explains.

He reveals that at the moment he is feeling very well, following a significant low period in 2015/2016 where he was hospitalised and was down to 23 percent lung capacity.

He is now off antibiotics for the last seven months and his lung capacity is good at the moment, which puts him in a very strong place to begin treatment as those with higher lung capacity have a good chance of benefiting from Orkambi.

“As long as I can remember, from childhood until now, there was nothing like this that would give me any hope for the future,” he said.