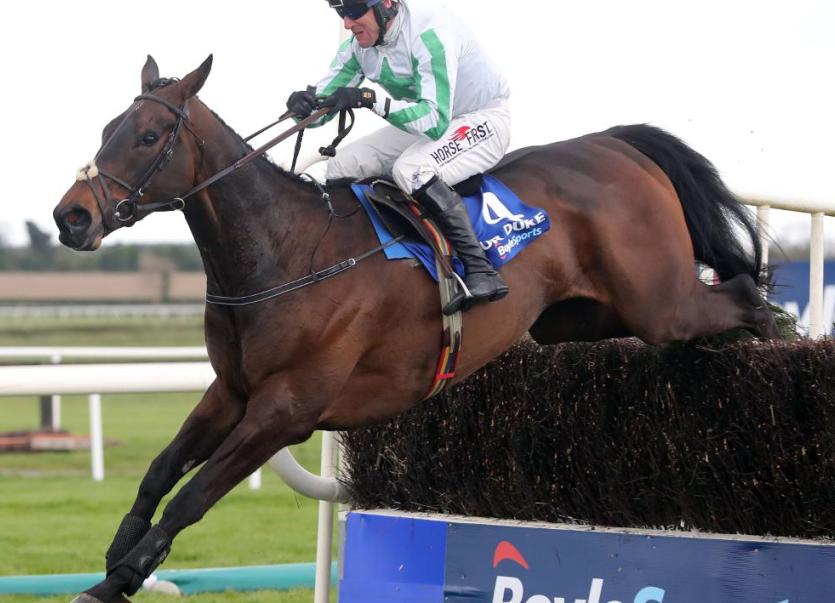 Our Duke is owned by the Cooper Family Syndicate from Coolrain.

Sent off the 9-2 favourite despite running in his first handicap and for just the fourth time over fences, the Grade One-winning novice never looked in any real danger.

"It's unbelievable," said Glenn Cooper. "We're on top of the world. To come up here with a horse as favourite is one thing, to go on and win it is another.

"We were initially a bit worried about the ground, but it did not bother him in the slightest."

The Cooper Family Syndicate comprises brothers Sloane, Nigel and Billy, and their sister Hazel and her husband who are based in the States.

“We had this horse's grandmother,” said Sloane. “My brother used to work as farm manager for Seamus Purcell in Kilcock. When he sold the farm, he gave two mares to my brother, one of which was called 'Can't Be Done.' That mare had a filly called 'Good Time Jenny' who is the mother of 'Our Duke'.