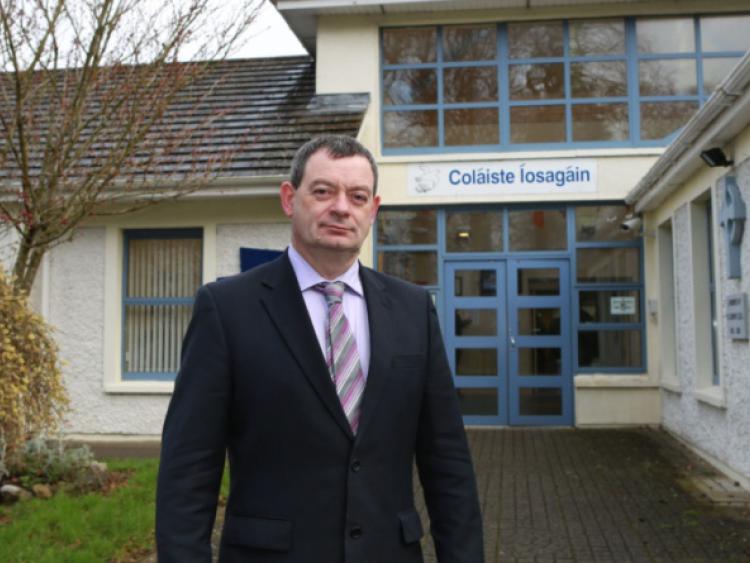 With 970 pupils and and a brand new building big enough for 1200 about to start construction, Coláiste Iosagáin is the first in Laois to take up the 2017 budget offer of two additional Deputy Principals for big schools.

This week the Portarlington secondary school announced the new appointments, welcoming them to its staff.

"We are delighted to announce the appointment of two additional Deputy Principals.  Brendan McGlynn and Justin Brown will take up their new appointments in September," the principal Seamus Bennett said.

Brendan, a Science and Maths teacher, is an Assistant Principal in Colaiste Choilm, Tullamore, while Justin is already on the teacher staff at Coláiste Iosagáin, returning from working with their trustees CEIST (Catholic Education, An Irish Schools Trust), to take up his appointment.

They will join with the Principal and the Deputy Principal Siobhan Higgins as the school's enrolment hits over 1,000 pupils, to make it the biggest school in Laois, and one of the biggest in Offaly.

The school is poised to start construction on a brand new building, expected to start later this year, that will create capacity for 1,200 pupils.

Budget 2017 announced that schools with an enrollment of over 700 pupils would receive one extra Deputy Principal. Schools with between 900 and 1,000 pupils will get two posts.

Other schools expected to take on two extra senior staff each include St Mary's CBS and Scoil Chriost Ri in Portlaoise, which have almost 1,000 pupils each.