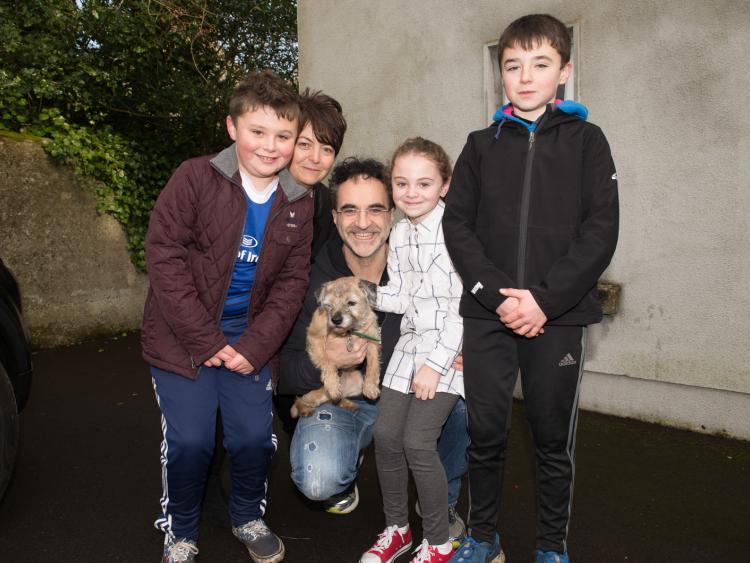 Supervet Noel Fitzpatrick with his sister Josephine and young fans on his last visit home to Laois.

Laois native Noel Fitzpatrick from Ballyfin, famous for his veterinary practice on Channel 4's hit show 'The Supervet', is among the guests on the Late Late Show tonight.

Noel will be talking to Ryan Tubridy about the new series of his hit show. The popular vet  will chat about the highs of helping animals become well again but also the terrible lows experienced when those efforts fail.

He'll also be telling viewers about his plans to enter the brave new world of cutting edge stem cell research for animals and why he believes human and animal medicine need to be more closely linked.

Noel grew up on the family farm in Ballyfin with his parents and sisters, and went to school in the Patrician College. He regularly makes flying visits back to Laois, most recently last Christmas when he performed an official function at the office of his sister Josephine Fitzpatrick, a solicitor in Portlaoise.