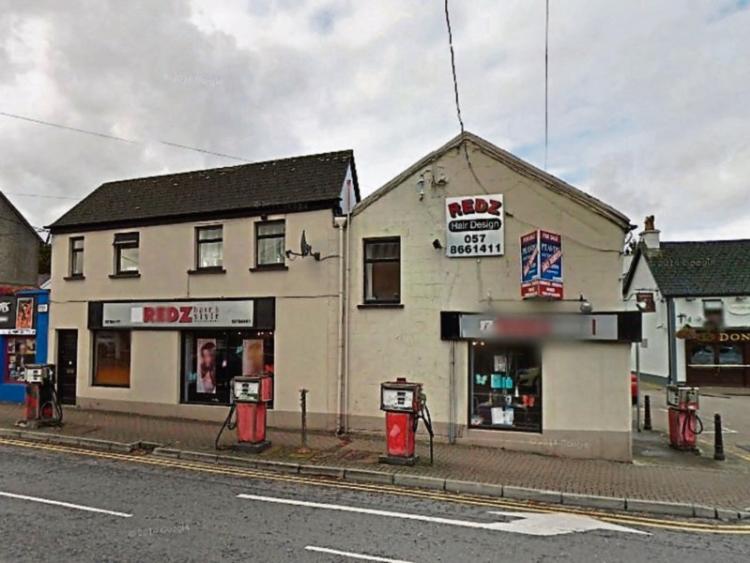 Laois County Council is preparing to spend up to €20,000 of taxpayers money to remove disused petrol pumps from the footpath at Market Square in Portlaoise.

The works will include digging up the path to remove underground fuel storage tanks, and replacing the path.

Neither Texaco nor the owner of the building is understood to be paying for the removal, it was heard at the April meeting of Portlaoise municipal district.

Cllr Catherine Fitzgerald had a motion asking when the pumps would be removed.

“I’m delighted they are going to be removed. Laois County council are trying to get the money for it.

“Apart from looking so ugly and unsightly, they are very dangerous. Small children are picking up the pumps,” she said.

“The Tidy Towns felt that if they were done up, they could be seen as our heritage, adding to Market Square.

“We contacted Texaco but they said they were not interested, so I came to the conclusion that we had to take them away, not to leave them as they are, they are an eyesore for us all,” he said.

Cllr Willie Aird questioned if Texaco had any responsibility for the removal.

“Laois County Council didn’t put these down, now we have to pay to take them up,” he said.

“It is up to the owner,” said the Cathaoirleach Cllr John Joe Fennelly.

Council engineer Wes Wilkinson replied that the condition of the fuel tanks was examined in late 2016, and it was found that they were not decommissioned.

“It is estimated that the cost of decommissioning the fuel tanks, removing the four fuel pumps and reinstating the footpath may cost in the region of €15 - €20k.

“A request for quotations to carry out these works will be issued in mid 2017,” Mr Wilkinson said.

“Is this the first time decommissioning has come up in county hall,” quipped Cllr Noel Tuohy.