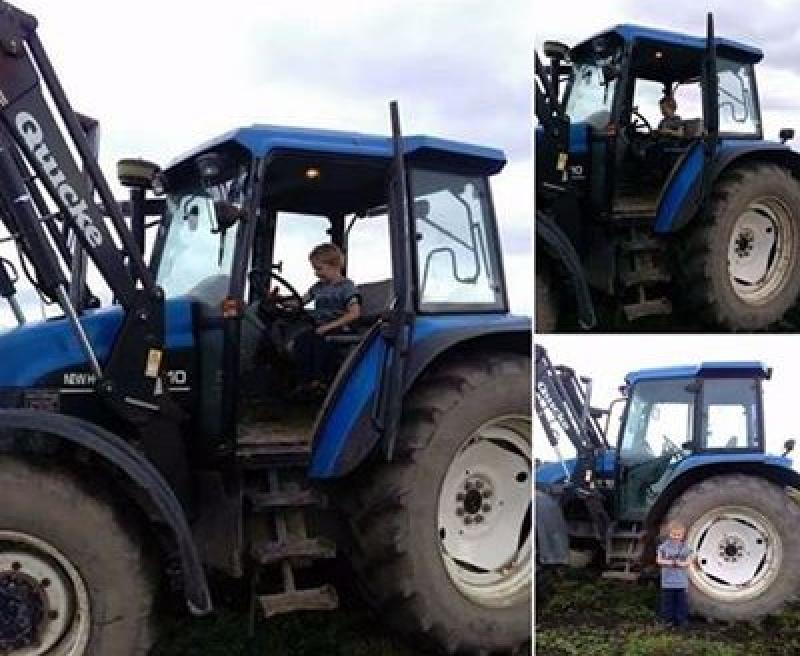 A Laois farmer has pleaded for the public's help in tracing his stolen tractor, worth €30,000, which was robbed from his farm by a gang who, he believes, may have been waiting for their chance to strike.

At around 10pm on Thursday night, April 27 Joe Hargroves was working with two other men cleaning his sheds and farmyard ahead of a farm inspection on Friday at his farm in the Coolrain - Camross area of Laois.

Instead of having dinner in the house with the men as he would usually have done after work, Joe went with the two men to a local takeaway because it was late. Soon after he left, his wife heard their dog barking.

"She locked the back door and went to the front of the house and saw the tractor heading out the laneway," he said.

He says whoever took it "must have been" watching and waiting for an opportunity to strike.

Joe said the tractor was spotted near Dooley Hurley Makers at 10.24pm heading in the direction of Coolrain. It was parked up at the time, but there were no other sightings.

Joe says it was low on diesel so he does not expect the thieves would have able to drive it very far. He also said the headlights were not in full working order.

Apart from the make, model, colour and registration, Joe hopes a few other details will jog somebody's memory. A silver coloured Hawk model power washer was attached to the PTO power shaft at back of the tractor. It was resting on the lift arms. The tractor also has a two spiked front loader.

The farmer appealed to anybody who have may have seen a lorry or truck with a trailer in the area.

Joe uses the tractor, which is worth €30,000, every day. His livelihood depends on it. He has received plenty of offers for help, for which he is very grateful. The tractor is also insured, but Joe knows it will take a number of weeks, at least, before the claim will be processed.

Anyone with information is asked to contact Portlaoise Gardaí at 057 86 74100.

It is not the first time a New Holland has been stolen in the county. In recent years two tractors, similar to Joe's, were recovered by the PSNI in Northern Ireland after being stolen in Laois.