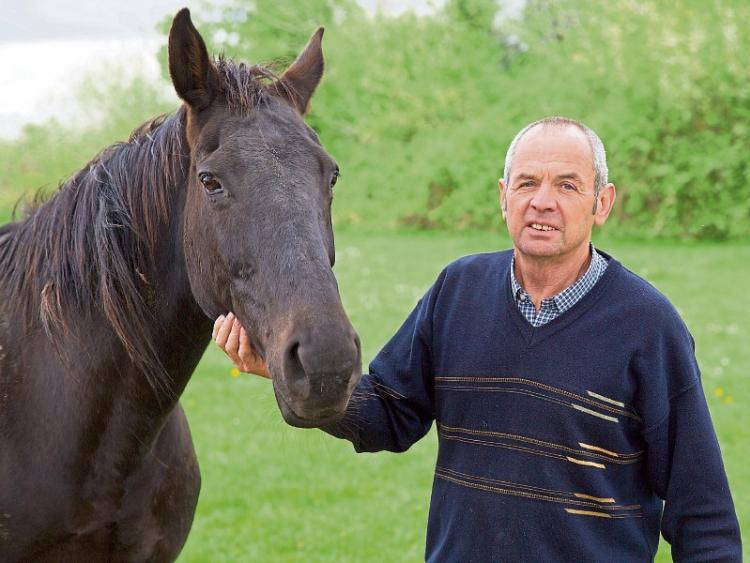 It was touch and go whether Irish Grand National winner Our Duke would even take part in the race.

Billy Cooper from Clonbrock, near Rathangan, whose family own and bred the seven year old chaser, said that a final decision to take part was made only an hour before the race on Easter Monday, April 17

“Even Robbie (jockey Robbie Power) wasn't sure and even when we decided to let him take his place, Robbie said he would see what he was like and if he wasn’t right he would take him out after three or four fences,” Billy told the Leader.

In the end the Jessica Harrington-trained winner had the most comfortable of wins (14 lengths) .

Our Duke won as the 9/2 favourite, but was available at a much bigger price some weeks before the race. “I didn’t have a cent on him myself; although we knew he would give it a good go if his jumping held out.

“Some of my friends got 14/1 on him two months before the race. He’s a horse that has improved greatly,” added Billy.

“If the sun came out for any length of time that day we'd have taken him out because the ground would have been too hard.

“The course was excellently prepared; I walked it and it was consistent all over. I couldn’t get over how well he won. Robbie said afterwards he couldn’t believe how well he was going with six fences to jump to the finish”

Billy has lived in Rathangan for about twenty years now and he also farms at Clonbrock, which is just inside the Co. Offaly border but has a County Kildare postal address.

“If you wrote Co. Offaly on an envelope it would take a month to get here.”

The race which had a record total prize fund of €500,000 was worth €275,000 to this year’s winner. Our Duke is on leave from racing now and it’s not likely he’ll be raced again until the prestigious Lexus Chase which is run as part of the Christmas festival at Leopardstown (December 28).

“This is a race we’d like to take part in. But in this game you never know what is going to happen next, starting with unforeseen injuries. In racing you’re up today and down tomorrow” said Billy.

Beyond next December, Our Duke may be aimed towards the blue riband of National Hunt horseracing - the Cheltenham gold Cup.

If Our Duke landed this prize, it would represent a second successive Gold Cup triumph for Jessica Harrington, who trained Sizing John to win this year’s instalment.