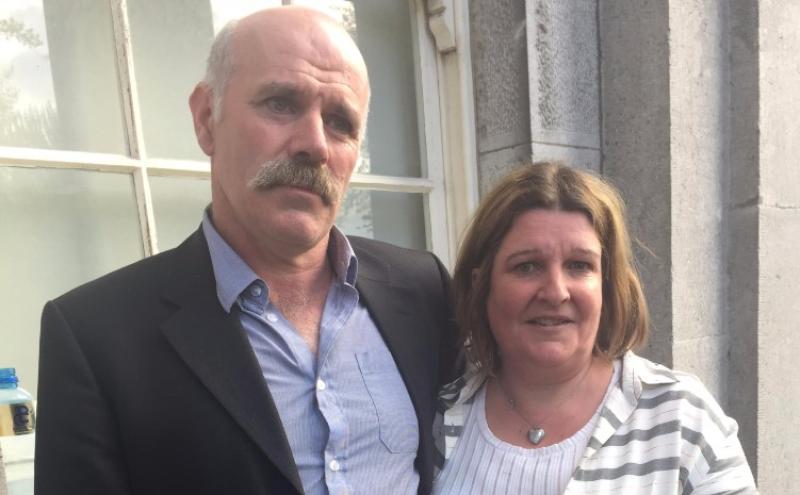 The memory of the late John Gorman, a Role Model for students at Coláiste Íosagáin in Portarlington, was honoured by his parents outside a courthouse last week where a man was convicted of his manslaughter.

A Polish man who drove into the path of an oncoming car John and injuring his brother in Co Offaly in 2015 was found guilty of manslaughter and assault at Tullamore Circuit Court last Friday, April 28.

Dariusz Alchimionek(43) of Barrow Way, Spa Street, Portarlington, Co Laois, had denied the manslaughter of John Gorman(19) and a charge of assault causing harm to Adam Gorman- who was 16 at the time of the collision- at Ballycrystal, Geashill, Co Offaly on December 29, 2015.

However, a jury returned a majority verdict of 11 to one on both counts after two hours and fifty minutes of deliberation.

Mr Gorman’s parents James and Ann Gorman and other family members hugged and cheered as the verdicts were read out. Speaking outside the courthouse, Mr Gorman revealed he had twice written to the DPP requesting an original recommended charge of dangerous driving causing death be changed to manslaughter.

“We are just absolutely thrilled with the outcome,” said a tearful Mr Gorman. “He was a role model, he won role model of the year award out of 140 students in Coláiste Íosagáin in 2015,” Mr Gorman recalled.

“He loved helping us,” John’s mother Ann remarked. “When he won it (Role Model) he came home and he never bragged about it or anything,” she recalled. “I want to thank everyone who stuck by us and supported us, family, friends, everyone,” she added.

When he heard the original charge being recommended was dangerous driving causing death, Mr Gorman said, “I wrote to the DPP twice in my own words, I didn’t get help from anyone, asking them to review it to a manslaughter charge and they did.” 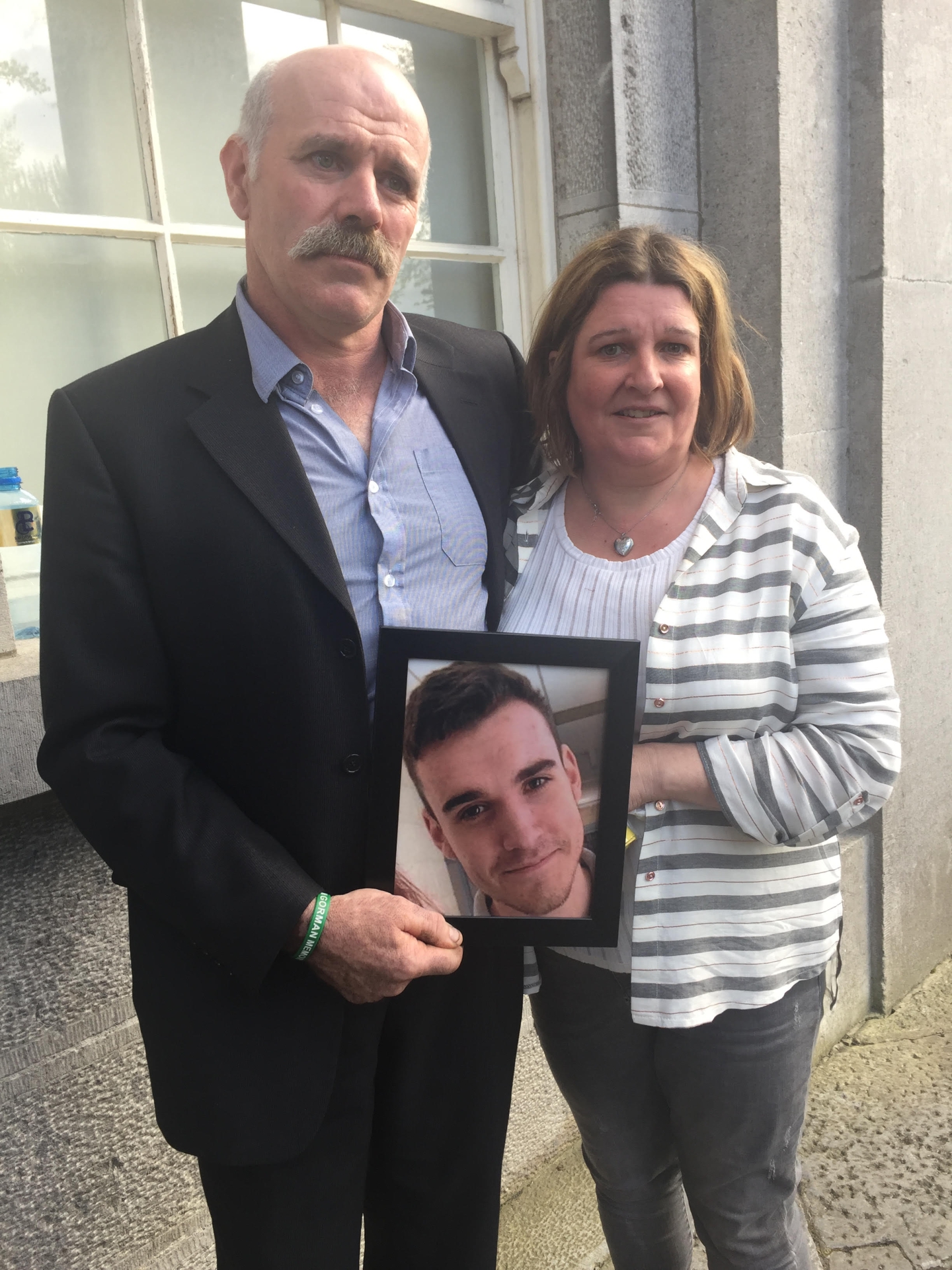 Earlier in the day, Prosecution Counsel Tara Burns SC told the jury of five men and seven women that a defence of insanity was going to be raised by accused.

Summarising the case, Ms Burns said the accused had suddenly crossed the road into the path of an oncoming car driven by John Gorman at Ballycrystal “leaving them with no possibility of avoiding this car.”

She explained that John Gorman had died at the scene and his brother suffered significant injuries as a result of the collision. The brothers had been returning home to Walsh Island from Tullamore at the time of the collision.

Ms Burns read a statement from Karl Molloy, who was driving behind the accused at the time of the collision. He told gardai he witnessed the car suddenly cross the white line and drive directly at an oncoming
car.

“The driver of the other car would not have had any time to react at all,” he stated.

Mr Molloy told gardai that the two cars were just about to pass one another in opposite directions when the collision took place.

Having examined the mental health history, reports and the patient, Consultant forensic psychiatrist at the Central Mental Hospital Dr Stephen Monks said he was of the opinion that the accused was suffering from schizophrenia.

He said the defendant had attempted to take his own life after the collision and was admitted to a psychiatry unit in Portlaoise. The records and interviews indicated Mr Alchimionek had become convinced that ISIS were about to invade Europe and a third world war was about to begin.

Prior to the collision, his wife had tried to persuade him to stop watching internet videos about conflict - including clips of
beheadings from Syria and fighting in the Ukraine, Dr Monks explained.

Judge Keenan Johnson asked Dr Monks if he believed that on the date of the accident Mr Alchimionek “didn’t know what he was doing, that he didn’t know it was wrong, that he could refrain from doing it.”

Dr Monks agreed that the statement reflected his view.

The jury were informed that three verdicts were open to them, not guilty, guilty or not guilty by reason of insanity. They began their deliberations after lunchtime.

After two and a half hours they were recalled and told that a majority verdict of 10 to two or more would be acceptable. They returned a short time later and delivered guilty verdicts with a majority of 11 to one on both the manslaughter and assault charge.

Judge Johnson remanded the accused in custody for sentencing to October 3 and exempted the jury from jury duty for five years. Judge Johnson commended the Gorman family for their dignified behaviour during the trial which he said was a fitting tribute to John.