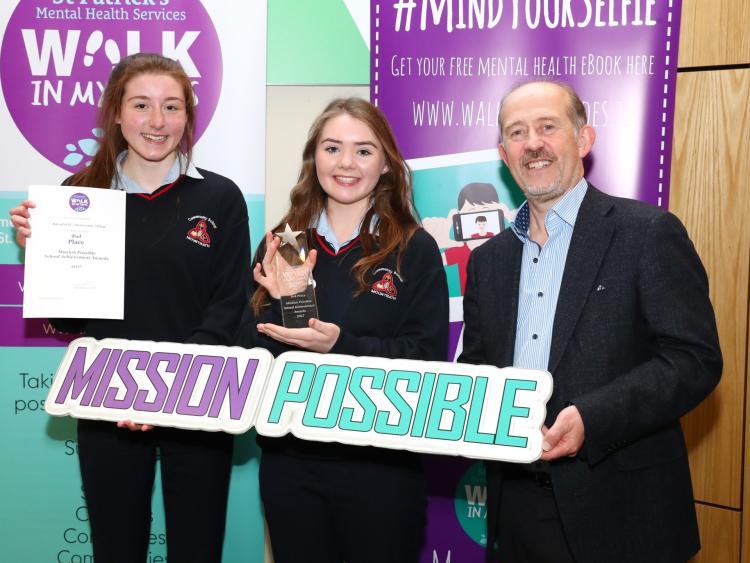 Mountrath Community College has been honoured in a national schools competition for promoting positive mental health, taking home €500 at a special awards ceremony.

At the inaugural Mission Possible Awards Ceremony held recently in St Patrick’s University Hospital, schools from all over Ireland were recognised for their effort and contribution to tackling the stigma surrounding mental health both in the classroom and in the wider community.

Mountrath Community School was one of just three secondary schools in the State to have received a cash prize, as well as a certificate of achievement.

The Mission Possible competition was open to all schools. The array of information presented and the initiatives being undertaken by schools are extremely impressive, ranging from the use of drama and music to mindfulness. Most inspiring was the way many schools have developed a holistic approach to promoting positive mental health to pupils, teachers and parents.

Also featuring in the competition from Laois was The Holy Family Senior School, Portlaoise, and Mountmellick Community School.

Tamara Nolan, communications manager at St Patrick's, said: “We were taken aback by the amount of entries we received from all over the country. Unfortunately we could only pick three winners in each category but it is evident from the applications we received that all these schools were winners in terms of starting the conversation around mental health.”