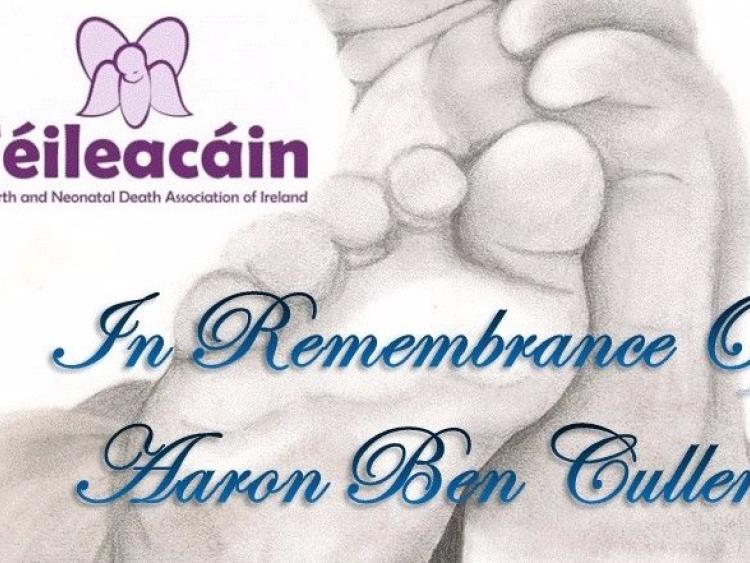 Fundraiser in Portlaoise for Féileacáin

The Laois parents of a little Portlaoise boy who passed away soon after his birth last year are hoping for a big turnout for a fundraiser this weekend to help the charity that helped them to deal with their loss.

Aaron Ben Cullen was born to parents Claire, from Portlaoise, and Keith Cullen, from Mountrath, on May 4 2016. He passed away on May 9 after a brief but determined battle to live.

In the wake of Aaron passing death, his parents, who live Portlaoise's Ridge Road, received both practical and emotional help from the Féileacáin the Stillbirth and Neonatal Death Association of Ireland. The not-for-profit organisation supports anyone affected by the death of a baby during pregnancy or shortly after.

"They helped us in a major way by being able to bring our son home," Claire told the Leinster Express. 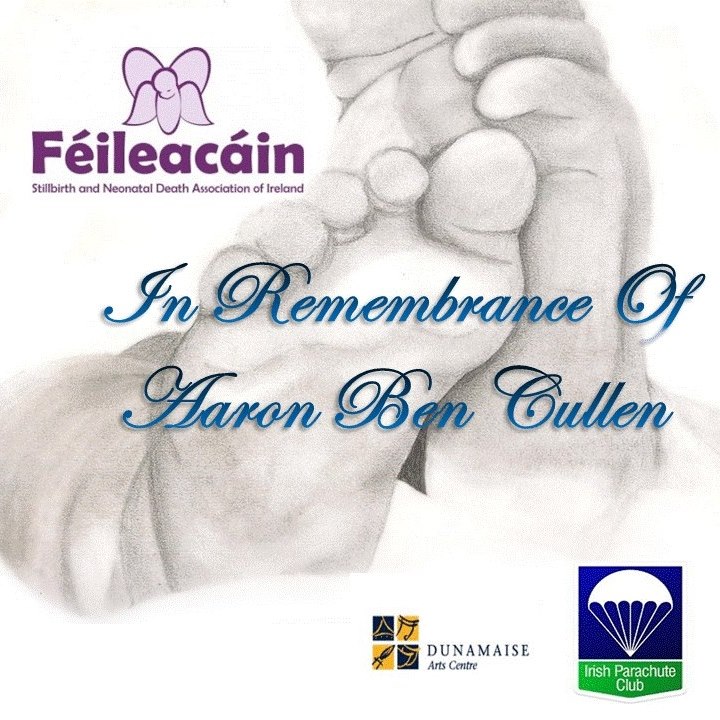 "They supply cuddle cots to hospitals all over the country and we would not have been able to bring our son home to be waked without the cot which is basically a cooling blanket. They do so much".

Claire said the charity also gives fantastic emotional support to parents. She said the Memory Boxes and special candles supplied to hospitals are another big help in that they allow parents keep their memories to their late baby. The charity also runs support groups for parents.

Because all of this support is provided free of charge, Claire and Keith want to give something back

"For me to give back in any way shape of form in remembrance of Aaron is really what the fundraiser is about," she said.

During his short time on the earth Aaron Ben was also trailblazer for medical treatment in Ireland. He was treated at the hyperbaric decompression chamber at the Mater Hospital in Dublin. It is normally used to treat deep sea divers for the decompression sickness (the bends) and other people who have suffered oxygen deprivation.

While he ultimately passed away, his mum says Aaron was the first newborn baby in Ireland to undergo such decompression treatment successfully. As a result, it can be offered to other babies.

On Saturday, May 7 Aaron's dad, Keith will leap from the skies as a part of a parachute jump with a number of others to help the charity. For more on the charity click here

The concert takes place on Friday, May 5 at the Dunamaise Arts Centre, Portlaoise. It promises to be a great night of entertainment provided by the best of local talent; The Crooked Jacks, The Jury, Blessed and Al and the Essentials. The event gets underway at 9pm; bar open here from 8.15pm. Tickets €15 on the door or in advance from the Dunamaise box office online here

"Our gift is a remembrance fundraiser, a way to shout his name out so others hear how special, how strong, how perfect he was. Also how loved, cared for, and missed he will always be.

"We are so proud of Aaron. To tell you a little story about our little fighter, Aaron. Aaron went to the hyperbaric chamber in the Mater hospital to help him, every step to get him there would be a major risk.

"The first 5 minutes in the hyperbaric pressure chamber would also be a major risk but after that 5 minutes every minute would mean a great deal for Aaron's life, yet still every minute a risk.

"Aaron did more that make his journey and fight every step of the way, he fought all the odds, he achieved something that had never been done before, he went the equivalent of 10,000 feet below sea level, and became a certified a deep sea diver at 4 days old.

"Because of Aaron other babies will have this opportunity which could make a huge difference to the lives of many babies in the future.

"For Aaron we will dive 10,000 feet on the 7th of May 2017. Please support our fundraiser and for all your donations there are no words to thank you.