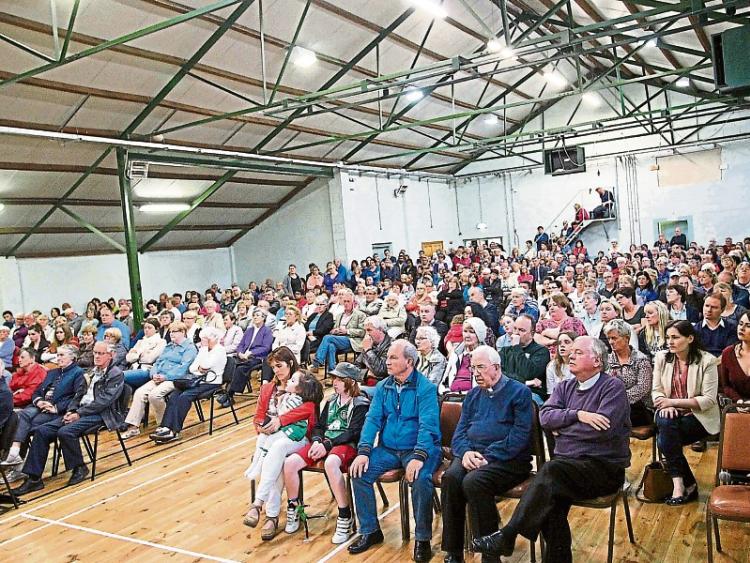 Originally scheduled for January and then postponed, the meeting eventually took place in Dublin.

The delay of a few months has seen no further clarity or change as regards the hospital's situation and speculation remains rampant as to its precise future.

Indeed, the backdrop and context of deep concern over the future of the hospital is the one constant here, fuelled by the non-publication of the Dublin Midlands Hospital Group's report and rumours of the scale of the downgrade that document purportedly contains.

Only last week the Chief Executive of the Group, Dr Susan O'Reilly criticised the failure to publish that report and the lack of a plan for Portlaoise, pointing to factors such as its impact on recruitment at the Hospital.

The Department of Health, meanwhile, says the plan is being reviewed “in detail”, and patient safety and good quality outcomes will come first in any changes made.

The doctors and GPs who met with the Minister last week seemed to be broadly positive as to the hearing they received, noting that Minister Harris acknowledged such factors as population growth and the presence of two major prisons in the town.

If anyone deserves to be heard they do, this group of doctors and consultants do.

Up to this point, however, the lack of consultation with them has been noteworthy and regrettable.

Nevertheless, they have not been fazed, but have been vociferous champions of the hospital and the importance of services there, throughout this long sorry saga.

They have been proactive, coming forward with their own alternative plan which would secure the hospital's future, within a wider network of hospitals, and which is clear in its vehement opposition to the withdrawal of A & E in Portlaoise.

Their plan emphatically proposes the development of services, pointing to the model of the integration of Portlaoise's maternity unit with that of the Coombe as offering atemplate for the way forward.

The matter now rests with the Minister and the Department.