Durrow Archbishop Thomas White was a pioneering representative of the Vatican 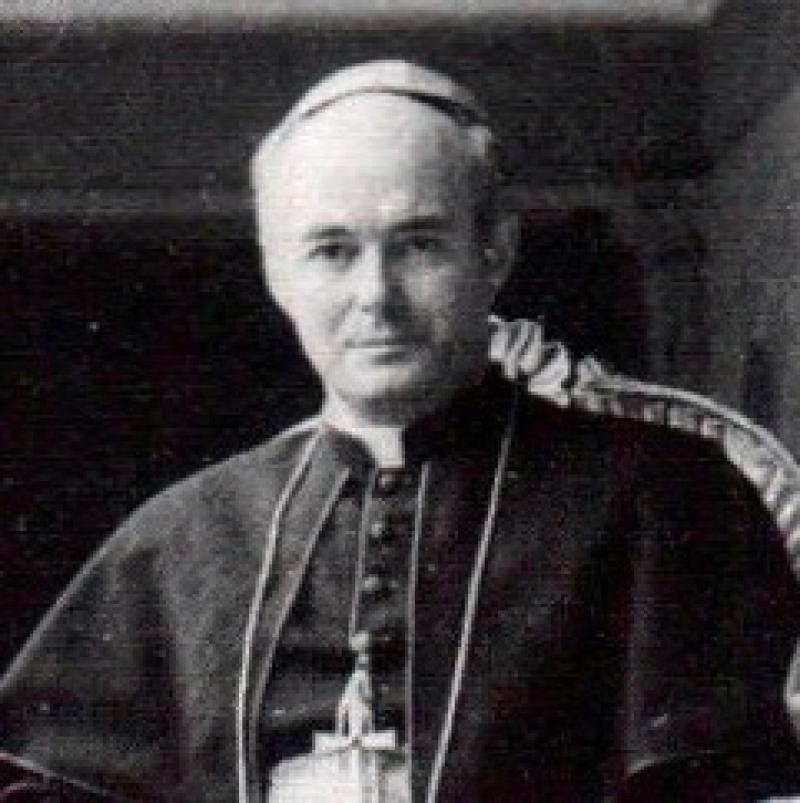 Archbishop Thomas White, who has died at the age of 85, was a pioneering representative of the Vatican during a critical decade in the turbulent history of two East African nations, as well as serving in several Asian and Central/South American postings.

A native of Durrow, he was was ordained in Rome in 1956 and after postgraduate studies in Canon Law, was immediately recruited by the Vatican Diplomatic Service. He served as official, counsellor and head of mission for the next forty years, retiring in 1996 as Apostolic Nuncio to New Zealand.

Born on 12th. August 1931, Thomas White was a son of William and Bridget White, who operated a hotel, grocery and bar, an enterprise that now trades as the Castle Arms Hotel, in the Laois town. William was from Errill and Bridget from Co. Waterford, and they raised a family of three boys and two girls.

Two have predeceased the archbishop: Sean, who became an international publicist, writer and editor, and latterly an academic, died in 1996, and May, who was married to the actor T. P. McKenna, died in London in 2007.

After his early education at Cullohill National School, the future prelate studied at St. Kieranʼs College, where he had an outstanding academic and sporting record, including membership of the collegeʼs senior hurling team (Leinster champions in 1949 and 1950) and the winning Leinster interprovincial hurling side in 1950, when ten of the fifteen players were from St. Kieranʼs.

He was one of a handful of priests ordained for the diocese of Ossory in the late 1940s and early 1950s, when there was a surplus of vocations on the home mission.

He was intended to succeed the ailing Fr. Pat O'Farrell as a professor of Canon Law at the seminary in St. Kieranʼs. Bishop Patrick Collier fought the Vaticanʼs decision to move the newly-graduated Fr. White to its diplomatic service, but in the end the Vatican won.

There followed a career that saw him first posted as a junior official to eastern Africa, when it was a vast diplomatic territory that stretched from north to south and east to west of that continent (it was divided during his term there).

Over the next twenty years he had appointments in central and south America, the international organisations in Geneva, the Secretariat of State at the Vatican and Taiwan, where, as a 36-year-old monsignor, he was charge dʼaffaires in a mission that had to maintain delicate relations with both the Republic of China and Communist China, as well as Hong Kong.

In 1978 Monsignor White was appointed Apostolic Nuncio to Rwanda and raised to the episcopate as titular Archbishop of Sabiona. His consecration in Rome was attended by many from his native area. His time in the small east African nation was difficult but rewarding, and in addition to focusing on efforts to improve the spiritual and physical well-being of the impoverished people, he was also able to visit projects supported by Irish charities, including a turf harvesting initiative.

On his transfer to Ethiopia in 1983, he was faced with a more critical situation, directing during his six years there the effort of Catholic and other charities to counter the effects of famine. As head of the diplomatic corps he was also responsible for coordinating the contributions of many countries in this regard.

He moved to New Zealand in 1989 and combined this assignment with responsibility for the island nations of Fiji and Nauru. After his retirement from the papal diplomatic service in 1996, Archbishop White carried out several important missions for the Vatican Secretariat of State, including liaison work with the church of the Syro-Malabar rite in India.

In retirement, Archbishop White lived initially in Dublin, then at St. Kieranʼs College in Kilkenny, and finally at Gowan Abbey Nursing Home.

He is survived by a brother Liam (Willie) who became a leading fashion and news features photographer and now lives in retirement in London; a sister Alice, who ran a pharmacy in Wicklow, but relocated to Kilkenny in recent years with her husband Eddie OʼByrne; and by more than a dozen nieces and nephews.

Reposing at St. Kieran’s College Chapel from 4pm on Tuesday with Funeral Prayers at 7pm followed by removal to St. Mary’s Cathedral, Kilkenny. Concelebrated Requiem Mass on Wednesday at 12 noon. Interment afterwards in the Cathedral Grounds.

A NOTE ON THE IRISH INVOLVEMENT IN THE VATICAN DIPLOMATIC SERVICE

Archbishop Thomas White was only the second Irishman in the history of the church to have served as a papal nuncio in a country where he did not already hold an episcopal rank: the first was a Clareman named John Gordon (1912-1981) who served in Thailand, South Africa, India and the Netherlands.

Although Gordon was the first Irishman to be appointed to a mainline diplomatic post, two other Irishmen had already served as nuncios: John Collins (1889-1961), a Westmeath-born member of the Society of African Missions, was a pioneering pastor in Liberia, where he became Prefect and then Vicar Apostolic (first of Liberia and then of Monrovia, its capital), but also served as Apostolic Internuncio from 1951 to 1961, when he was succeeded by Newry-born Francis Carroll (1912-80) from the same order, who became an Archbishop and later Pro-Nuncio in 1966 (he resigned his vicariate in 1976 and his diplomatic position in 1979, one year before his death at the age of 68).

Several Irishmen have served as papal nuncios since, including Archbishop Patrick Coveney, a brother of former government minister the late Hugh Coveney and uncle of the present Minister for Housing Simon Coveney. Archbishop Coveney succeeded Archbishop White in both Ethiopia and New Zealand and retired in 2009 as Apostolic Nuncio to Greece. The others were Archbishop Michael Courtney from Nenagh (murdered in Burundi in 2003) and Archbishop Diarmuid Martin (Papal Representative and Permanent Observer at the UN and its agencies in Geneva and now Archbishop of Dublin).

Archbishop White is also one of a small number of priests ordained for service in the episcopal see of Ossory who have served as bishops other than on their home diocese. Ossory priests have been bishops of Galway (Martin Drennan, 2005-2016); Waterford (Patrick Kelly, 1822-1829) and Ferns (James Staunton 1938-1963) in Ireland and of Lismore, Australia (John Carroll 1909-1949).

A fifth Ossory priest (Robert Healy) became an auxiliary bishop (1975-2000) of Perth, Australia after being incardinated into that diocese in 1950. (Two former bishops of Ossory, John Troy and Patrick Moran, not originally ordained for service in the diocese, have served as Archbishops of Dublin and Sydney respectively at various times).