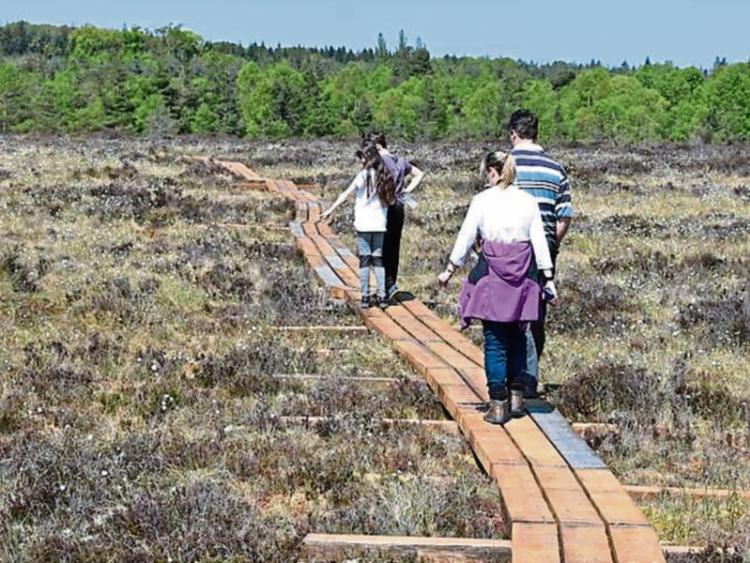 The President of Ireland will be the guest of honour in Abbeyleix later this month as the town rolls out the 'green' carpet to celebrate Abbeyleix Bog.

Predident Michael D Higgins will be in the Laois town as part of National Biodiversity Week which includes events all across the country from May 19th - 28th.

The visit marks the past and ongoing work on the bog, but also the recent news that the porject is in the top ten conservation success stories in Ireland.

Abbeyleix bog covers an area of 500 acres that is thriving with life from all its flora and fauna. From colourful orchids to beautiful butterflies and so much more.

One is their top 10 conservation success stories in Ireland. The Abbeyleix Bog Project features on this list.

“Abbeyleix Bog is a wonderful example of local community-led conservation.

“There are other excellant examples of peatland conservation projects, but the community-led aspect of the Abbeyleix Bog Project sets it apart,” said the top ten assesment.

In 2000 the raised bog on the outskirts of Abbeyleix was destined for peat harvesting until a group of local people banded together to fight for it to be saved, conserved and to be used as an amenity for the local community and visitors.

The campaign succeeded and, in 2010, the bog was handed over to a local group on a 50-year lease agreement.

Today it has been restored and is managed for conservation, and there is an active progamme of engagement where visitors are welcomed onto the site to enjoy.

Work is constantly ongoing especially during the summer not only to conserve it, but to crucially create something that can be enjoyed.

A lot of labour has gone into rhododendron clearance while the building of a boardwalk has been another big project.

At the start of May work was completed connecting the bog bridge with the boardwalk platform. The loop walk, from the Abbeyleix Manor Hotel and back, measures 3.6 km.

Examples of activites include most recently a bog box inspection.

There will a butterfly walk organised by the National Biodiversity Data Centre on June 18. Some 19 of the country's 34 butterfly species inhabit the bog.

The project has won a number of local and national awards and will be part of the Abbeyleix entry to the European Entente Florale entry this year.

All of these achievements prove that the group is not just conserving for the sake of it, but doing so in line with its mission. “Our mission is to restore Abbeyleix Bog so to make it available as a resource for the public to enjoy and look out for the wildlife that lives within it,” says the project's mission statement. The visit by President Michael D Higgins takes place on Thursday, May 25 from 3-7pm. It is hosted by the Community Wetlands Forum.