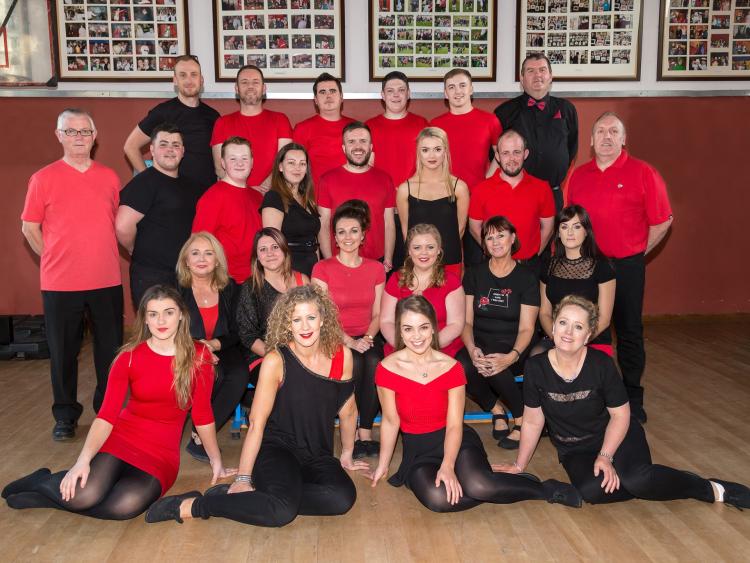 Portlaoise Musical Society is hoping for a big turnout this weekend as a dozen nimble footed local couples take to the dance floor as part of a major fundraising drive.

Strictly Dancing promises to be a great night of entertainment. For the past few 24 local men and women have been put through their paces by dance manager Grace McGrath with the assistance of organiser Zeta O'Reilly.

After weeks of practice they've finally accomplished what most would think impossible and that is turning the dancers two left feet into a right and left.

Check out their profiles and picture online at www.leinsterexpress.ie in the run up to the big night.

The event is one of a number of fundraisers held during the year to support the staging of the Society's popular annual musical.

The Portlaoise Musical Society has been putting on shows in the town since 1999. Theyare always massive hit with the audiences. But, each year the show costs the society a huge amount of money to stage so the Strictly Dancing event is crucial in ensuring the curtain goes up on this year's production in the Dunamaise Arts Centre.

The Portlaoise Strictly Musical Society takes place on Saturday, May 20 in the Portlaoise Heritage Hotel at 8pm. Doors open at 7.15pm.

Tickets €20 on door. All in aid of the musical society.

The Leinster Express is delighted and honoured to support the big night.

The Socitey also extends thanks to all who have the people and businesses who have sponsored the Strictly and the shows over the years.