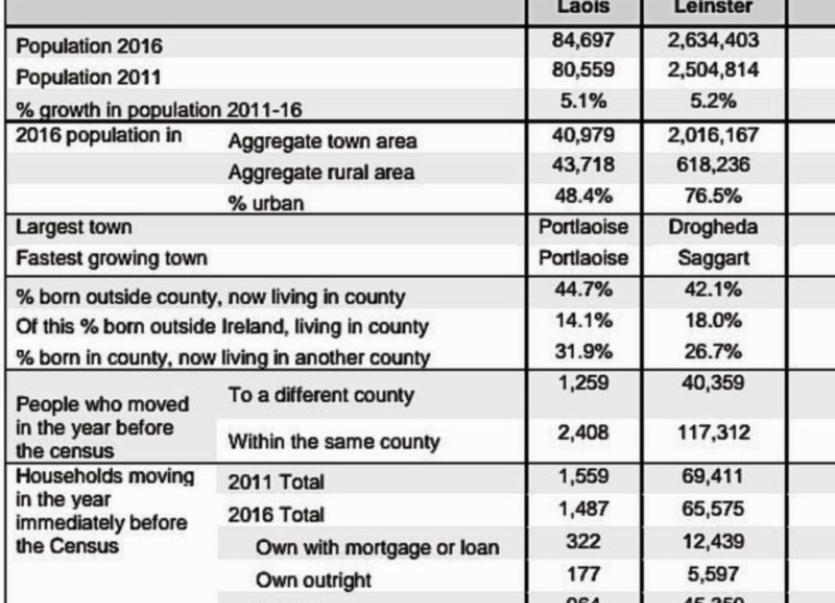 A majority of Laois people still live in rural areas but more than a quarter of the county's population lives in Portlaoise, while nearly half the county's resident were not natives, according the 2016 Census.

The data is contained in the lastest information released by the Central Statistics Office.

Portlaoise, with a population of 22,050 was the largest town in the county, and was also the fastest growing town between 2011 and 2016.

Only 322 of 1,487 Laois households who moved in the year preceding the census bought their new home with a mortgage or loan, while 964 rented their accommodation.

The figures are also revealing about the backgrounds of people living in Laois.