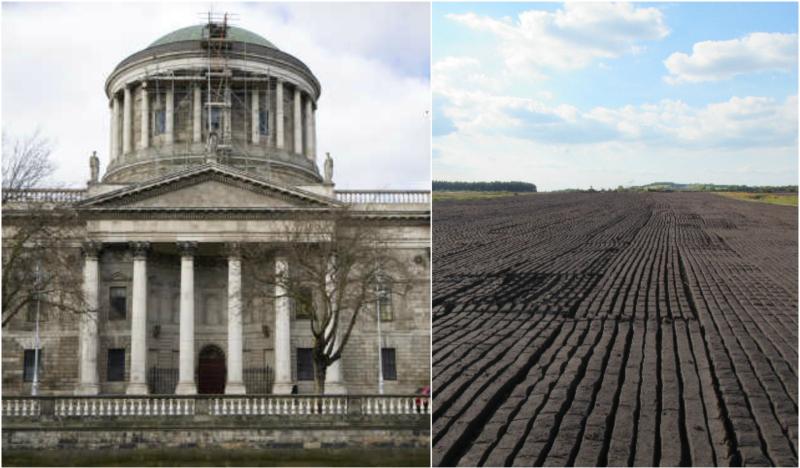 The owners and operators of a Co. Offaly-based peat producing facility have launched High Court proceedings against neighbours who they claim have unlawfully trespassed on bogland they have exclusively used for more than twenty years.

The High Court heard on Tuesday that Liam and Mark Dunne of Canal Line, Ballycommon, Co. Offaly, have carried out works on the bog that the owners claim is detrimental to the peat producing facility.

The Dunnes claim they own a one eight share of the bogland at the centre of the dispute.

They claim they bought it from the previous owner for €100 and they intend to make an application under the 1964 Registration of Title Act to be registered as the owners of the land.

However, the owners and operators refute those claims and say they have been the sole and exclusive owners of the land to the exclusion of all others for more than 22 years.

As a result High Court proceedings have been brought by the Trustees of two pension funds, the Eclipse Marine Retirement Benefit Scheme and EJ Godwin (Peat Industries) Ltd director's pension scheme, with address at Glastonbury Somerset England who claim they own the freehold interest of Ballycommon Bog.

The action is also brought on behalf of Richard Bond and Andrew Rowland, also with addresses in Glastonbury and Bulrush Horticulture Ltd, of Bellaghy, Magherafelt, Co. Derry.

Those parties have been in occupation of the lands, and since 1995 have extracted peat moss from Ballycommon which is exported to Northern Ireland and then sold throughout Europe.

Represented in court on Tuesday by Frank Crean Bl the plaintiffs seek various order injunctions restraining the Dunnes from entering on, trespassing or unlawfully interfering with lands known as Ballycommon Bog.

The plaintiffs also seek various declarations from the court including that the two pension schemes are the owners of Ballycommon Bog, and that Bulrush Horticulture  are entitled to occupy the lands on foot of a lease entered into with Mr Bond and Mr Rowland in 2003.

They further seek damages from the Dunnes for the alleged unlawful interference with the use of the lands.

Counsel said the Dunnes had carried out work that meant a large section of the bog could not be used by his clients. Due to their activities Bulrush he said has been excluded from lands it is in lawful possession of and has been working for many years.

Bulrush employs four full time employees and there was concerns about the effects the Dunne's behaviour would have on their employment counsel said.

The dispute had been pending before the Circuit Court, but because of recent events the matter had become urgent and High Court intervention was needed, counsel added.

Permission to serve short notice of the proceedings on the Dunnes was granted on an ex parte basis by Mr Justice Paul Gilligan, who made the matter returnable to a date later this week.