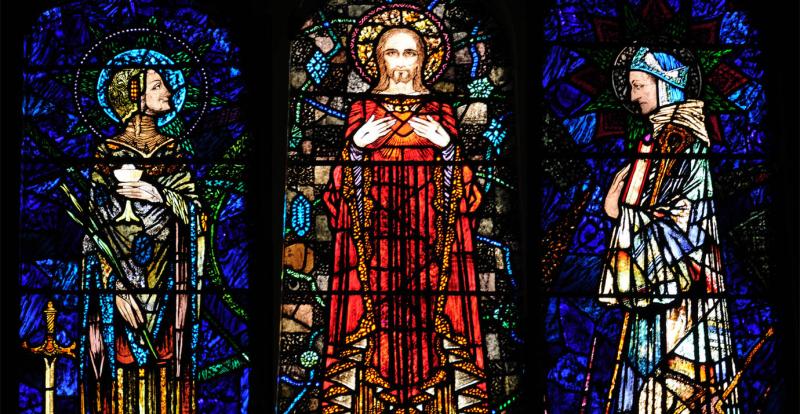 An example of a stained glass window by Irish designer Harry Clarke. (Picture for illustration purpose)

The window, by Dublin-born artist and book illustrator, Harry Clarke (1889 - 1931), was previously installed in the chapel at the prison, but went “missing” about two years ago, according to Cllr Noel Tuohy.

For the last few years the window was believed to be lost, until a tradesman at the prison "accidentally found it," said Cllr Tuohy.

He said that the State currently has plans to use the window in Brian Stack House in Portlaoise. He said he would be happy with this, but also proposed that the window remain local in a number of other venues.

Cllr Tuohy discussed the window at today’s (Wednesday, May 17) meeting of the Portlaoise Municipal District in Laois County Hall.

He called on the Department of Justice and the OPW to arrange for the return of the Harry Clarke stained glass window, so that this important cultural, artistic and heritage artifact can be restored to its rightful location as a centrepiece in the Dunamaise Arts Centre, a Laois museum or at the new Portlaoise Library.

Cllr Tuohy said the window was literally priceless, as it had been crafted by "the most famous Irish stained glass window designer of all time".

He said that the window had gone missing the last two years, but Cllr Jerry Lodge had been able to tell him exactly where it was.

Explained Cllr Lodge: “I happened to be talking to the Governor of the prison and the topic came up. They have the window safe.”

In response to Cllr Tuohy’s motion, Mr Kieran Kehoe, director of services, said that Laois County Council will write to both the Dept of Justice and the OPW in relation to this issue.