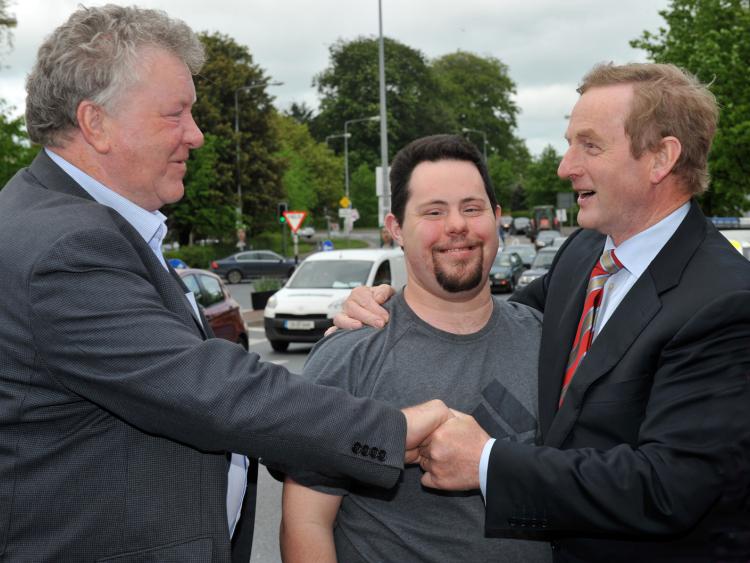 A comparison has been made between Donald Trump and Leo Varadkar by a former Fine Gael General Election candidate in Laois who is backing Simon Coveney to be the next Taoiseach.

Cllr John Moran was a candidate in the 2011 General Election in the then five seat Laois-Offaly constituency. He is a sitting Laois county councillor representing east Laois.

"It would seem that Simon Coveney has the upper hand at this stage," Cllr Moran told the Leinster Express.

"I think Simon is steadier. He is more careful. Sometimes Leo says things without thinking them out. When you are a Taoiseach or leader of a party you can't say one wrong word or things can go all over the place".

Cllr Moran, a former Cathaoirleach of Laois County Council, said he himself has learned from experience to be careful of what he says.

"He (Leo) would have to make sure that when he says something he knows what he is saying. Some things he says might be dead right but you can't say everything that is right. (Donald) Trump is the proof of that. He says what he thinks but you can't always say what you think," he said.

Cllr Moran believed that Minister Coveney has a good grasp of issues and his time as Minister for Agriculture in particular would be key in swaying Fine Gael members.

"I think that is very important. He was very well briefed on agriculture," he said.

However, he said he would have no problem if Minster Varadkar was elected. He said he was concerned that people who supported the losing candidate would not be made ministers by the winner.

"If Simon gets it then Leo should get the next best job and visa versa. That is what is best for the country," he said.

The councillor said that whoever is elected, more needs to be done for Laois especially on the jobs font. He also hoped that any outcome would not see his former running mate and sitting Laois TD Charlie Flanagan losing his job at the cabinet table.

As to the outgoing leader, Cllr Moran said Mr Kenny put in a huge effort and was a tireless worker for Ireland.

"He made every minute count. He made some slip-ups here and there but he made a huge effort," he said.

Cllr Moran, who is a key member of the National Ploughing Championships team, also praised Mr Kenny for his support of the event that has its hq in Laois.