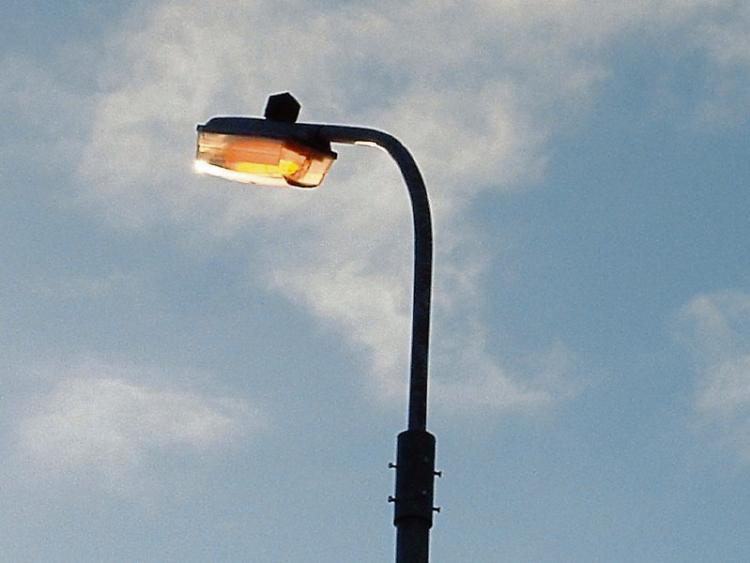 Executive Engineer Farhan Nasiem (in a written reply) told councilors for the Laois town today that application has been lodged.

“We have applied for a new connection with ESB Networks for these lights. Once connection is completed these lights will be energised," was the reply given to Cllr James Kelly at the Mountmellick Borris-in-Ossory Area Municipal District meeting.

ESB Networks confirmed to the Leinster Express that it had received an application for the connection of six public lights in Mountrath on 13 April 2017.

“We sent out a quote for the work on 9 May. In accordance with normal procedure, we are awaiting payment and the return of a signed connection agreement before we can proceed any further, ” said a statement.

Cllr Kelly had urged the Council to reconnect as a matter of urgency 12 street lights at the community school and St Fintan’s graveyard.

The area was unsafe in winter and the students had submitted a petition on the issue, he added.

Subsequent to last week's meeting meeting Cllr Kelly made further enquiries about the issue. It turns out that the operation of the lights were part of the school building project but it is unclear if the builders ever applied to the council to have them switched on.

Cllr Kelly said he has learned that subcontractors working on behalf of Laois County Council have identifed a connection to the electricity mains meaning that supplying power is not the reason for the hold up.

Cllr Kelly told the Leinster Express that he suspects that county hall's application to the ESB for a power connection may be the first ESB has received.

Students at the school begun a campaign this year to have the lights switched on to improve safety for pupils and parents. Some 700 people signed a petition which was submitted to council demanding action. Complaints were also lodged by the students with the Road Safety Authority.

The students pointed out that there is 'mayhem' during the winter with buses and cars. The problem gets worse when there is a funeral.