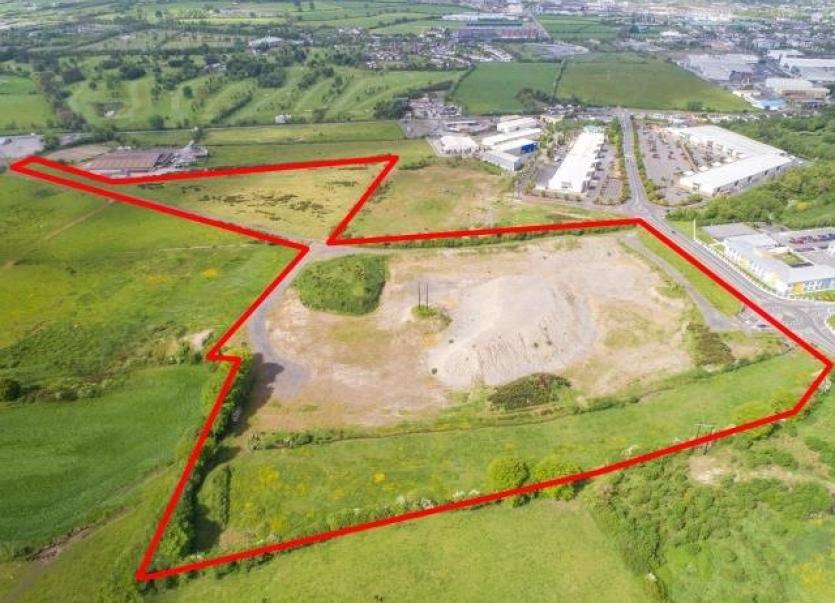 Agricultural and and disused quarry on the market.

Portlaoise quarry and farm land disused since the property crash goes on the market for €350,000

The end could be nigh for Portlaoise eyesore which was used as an unofficial summer swimming pool on a valuable tract of land near several of the town's primary schools.

Ganly Walters Auctioneers have announced the sale of  a 10.4 Ha (25.8 Acres) parcel of land that include a disused sand and gravel quarry. The site, which also includes a small tract of agricultural land, is located on the south eastern edge of Portlaoise, off Aghnaharna Drive.

The auctioneers say the quarry is inactive and there is no evidence of any activity over the last seven years. The lands are zoned General Business in accordance with the Portlaoise Local Area Plan 2012 – 2018. The price quoted is a modest €350,000

The lands are accessible from a roundabout off the new relief road between the N80 (Stradbally Road) and the R426 (Timahoe road).

"The immediate area was developed over the last ten years and comprises a new secondary school, opposite the entrance,and Portlaoise Retail Park and Lismard Business Park just to the west of the lands," say the auctioneers.

During the boom, much of commercial development around the site was spearheaded by sand and gravel company Dan Morrissey and Co of Carlow.

Three primary schools are located across the road from the quarry, which includes a huge mound of unused sand and gravel. Laois County Council had to step in to force the owners to make the site safe in recent years after a flooded quarry pit was being used as a swimming pool. Young people were also climbing the gravel mound.

The two new Holy Family Parish Primary schools are being build close to the site.