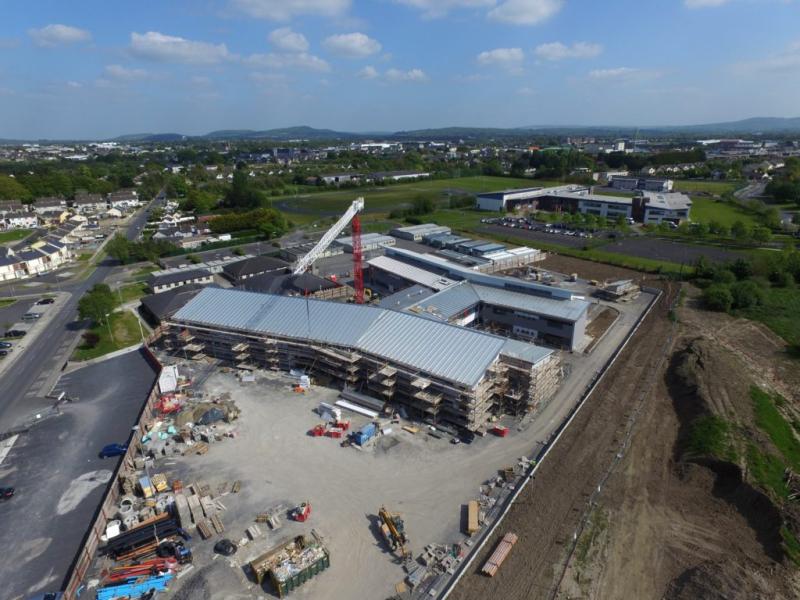 As the school year begins to wind down, up to 2,000 Portlaoise children and their parents can look forward to starting school next September in brand new state-of-the-art buildings.

In a note to parishioners this weekend, Portlaoise Parish has confirmed that work is "nearing completion" on one of two major school building projects in the town.

The parish also says work is expected to start shortly on the demolition of the existing Scoil Bhríde, Knockmay. The hall also has to be knocked. The parish says that the school, located on the Mountmellick side of town, is on course to be complete by September.

In total 755 pupils go the the school which has DEIS status. There are 49 enthusiastic teachers and assisted by 7 Special Needs Assistants.

Three schools have already amalgamated and were due to move to the two new schools last September but the building work was delaye. It is now on the home stretch.

The completion of the new schools will be a major landmark for education in the town which had been left behind for many years in terms of its education infrastructure. Schools were in some cases totally dependent on prefabs.

However, since 2007, several million euro has been spent on new schools in Portlaoise. Three new secondary schools were built. These were followed by the opening of three new primary schools in 2015.

However, the opening of the new schools in September will not complete the education jigsaw. Due a shortage of school places caused by a huge population boom, a new secondary school is due to open next September in the former technical school in the town centre. A new building will be needed as that school grows.

Meanwhile, St Francis special school is also on the Timahoe Road is expecting to move also while the Kolbe Special school also requires a new building.