Bye laws needed to curb the danger of sulkies

Horse ownership and sulky use discussed at Laois County Hall 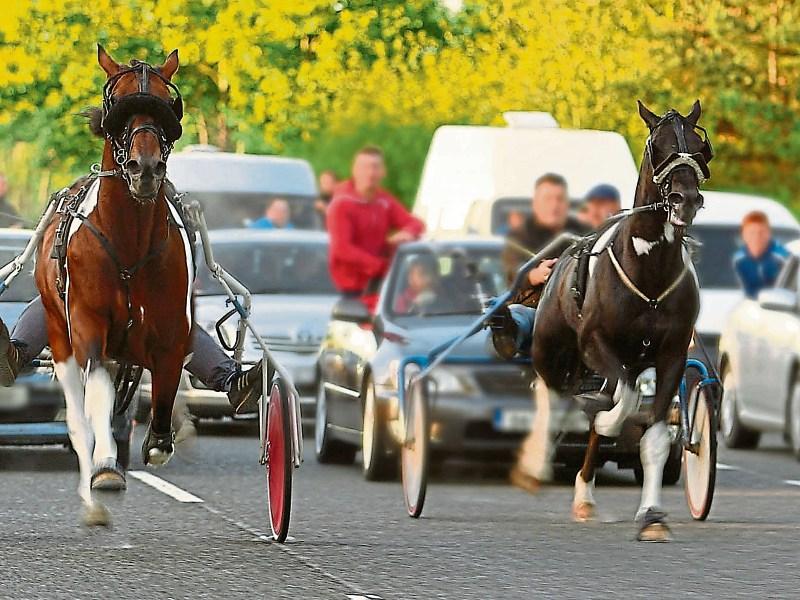 Laois County Council could be set to introduce new bye laws on horse ownership and the use of sulkies in the county.

The matter was discussed at the recent meeting of the Joint Policing Committee, in response to a recent Dail question by Deputy Sean Fleming.

Senior executive officer, Mr Michael Rainey said that people riding sulkies are obliged to comply with the road traffic laws, and the local authority has the power to declare a control area in a district.

It is an offence to organise unauthorised sulky races on public roads, he said.

Cllr Paddy Bracken said it was a huge issue in Mountmellick with concerns over health and safety.

Chief Superintendent John Scanlon said that Limerick has a licensing process for horses, with the local authority there never having issued a licence as no one meets the criteria in an urban area.

He said that if Laois County Council introduced a suite of by laws then the gardaí would support the seizure of uncontrolled horses.

He said that sulkies can be quite dangerous and he had seen a number of nasty incidents involving sulkies.

He mentioned unauthorised races where the participants create rolling roadblocks on public roads, and while this is not a huge problem in Laois he agreed that by laws were needed.

Deputy Sean Fleming, who was present at the meeting, said that there was a problem in Portarlington with horses, but the gardaí were keeping very strong vigilance on this.

He agreed that by laws were needed, but said that there were people with horses on the road who were not sulky drivers, such as those involved in dressage, and these people need to be taken into consideration when drafting the by laws.

He suggested that perhaps taking into consideration the number of wheels on any attachment fixed to the horse.