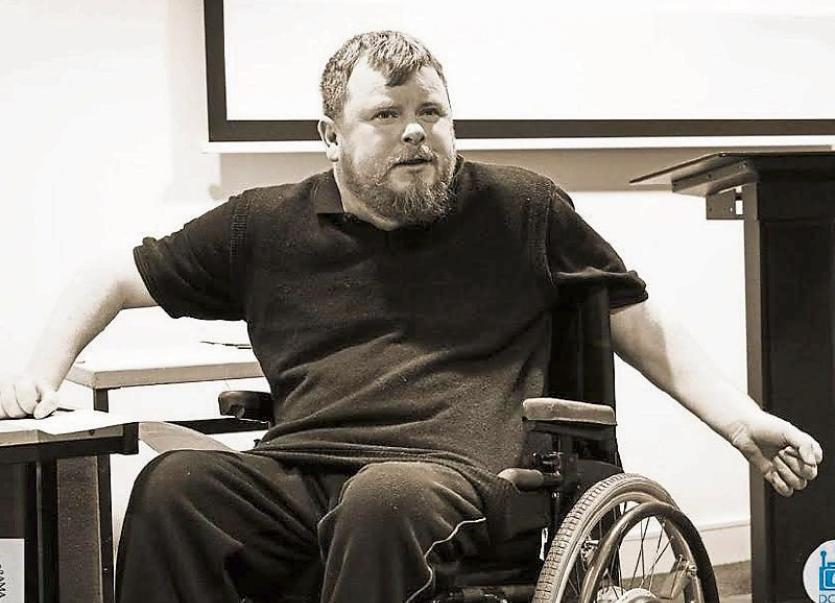 Portarlington psychologist and Operation Transformation expert Dr Eddie Murphy writes on how self-discovery can open the door to real potential.

Last weekend I chaired a panel discussion for the Irish Wheelchair Association at their annual conference in Killarney. It was an incredible learning experience. I love the expression “every day is a school day”, because regardless of age or knowledge there is an openness to learning. The key to this is curiosity. How curious are you?

Research is showing that curiosity leads to higher levels of satisfaction with life. While the less curious derive pleasure from risk taking or excessive drinking, curious people report finding a greater sense of meaning in life, a better predictor of lasting happiness. It was in this spirit of curiosity and listening that I met with Paddy Slattery.

Paddy from Clonbullogue in Offaly was talking of his experiences at the conference. He is an IFTA nominated filmmaker who found himself quadriplegic following a road traffic collision.

His spinal cord injury put him in the National Rehabilitation Hospital for a year, with a lot of time to think. He was surrounded by helpful and supportive staff but also by many people who focused on his new found disability, and what he couldn’t do.

After another two years of rehab at home where the community united and built an accessible extension, he found himself alone with a keyboard in his “man cave”.

Paddy wrote his first poem; a famous two word epic that encapsulated so much. As a quadriplegic his fingers are paralysed but he somehow managed to type “F**k Off”.

“I wasn’t trying to say it to anyone in particular, I was saying it to the world. I was 17 with people telling me my path was determined by my injury. I had enough, I was going to do it my own way,” he said.

It was the moment ‘my body switched off and my imagination switched on’,

He asked himself “who am I” daily in the mirror.

“I knew my likes and dislikes, my favourite food, music and films, all those superficial things, but not who I was behind that.”

Paddy described the beautiful thing about the human conscious, that we are a curious creature and this acts as the catalyst for invention and discovery.

“I peeled away all these layers and illusions until I eventually got to the core of who I was. Ironically, I wouldn’t have done this if I didn’t find myself paralysed and in this position.”

“In the world there is a lot of fear and it’s this fear that blocks us from sitting down and thinking and allowing ourselves to empty our minds, listening to our own breath, your heartbeat. That crash offered me the opportunity to figure out who I was,” he said.

From this core belief, life becomes precious. Paddy Slattery a creative genius, found the freedom of a bird, and the soul of his humanity by being able to love himself. Such inspiration.