One Laois Tidy Town has appealed to the better nature of people to respect what they are doing.

“Beauty dies where rubbish lies” that is the message from Abbeyleix Tidy Towns after empty bottles and jars were abandoned at a new bring bank in the town.

In the picturesque town of Abbeyleix Tidy Towns stalwart Mary White said it is “disappointing” to see this kind of laziness.

In cases where the bring bank is full people are asked to take their waste home for another day or two until it is emptied. 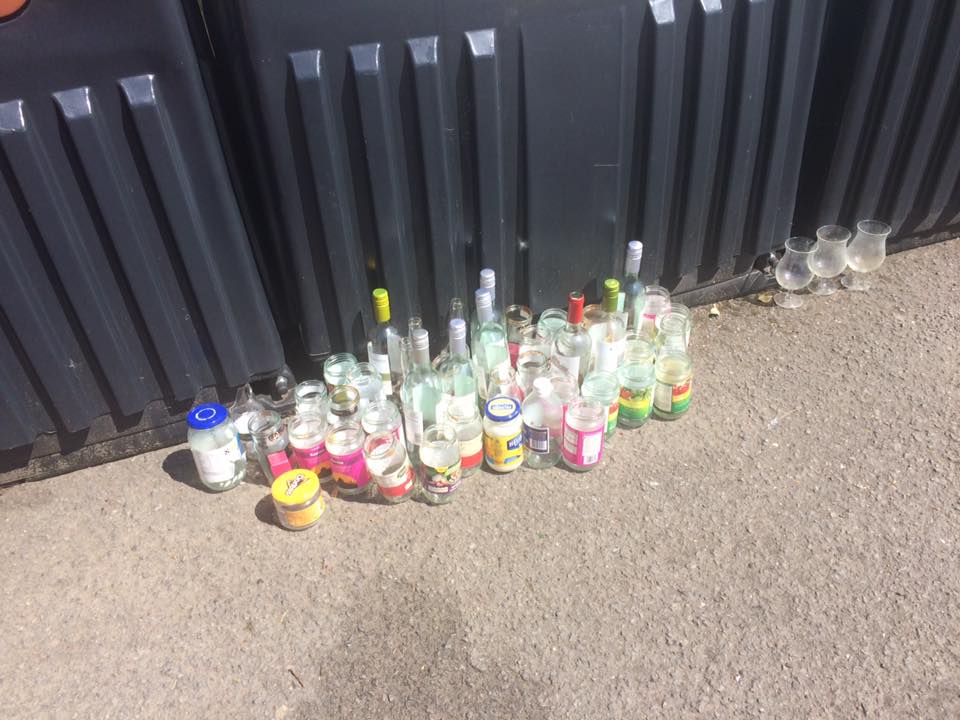 “It is very frustrating, we have a state of the art bring bank that has made a huge improvement, it is very disappointing and it is disrespectful of people to not appreciate the work of the Tidy Town Committee,” Mrs White said.

Some of the bottles that were left at the front of the bring bank have been removed since pictures of the dumping were shared on the Abbeyleix Facebook page.

“It must have played on someone’s conscience, we are hoping this will be a wake up call,” she added.

“We appeal to the better nature of people to respect what we [Abbeyleix Tidy Towns] are doing.”

Abbeyleix scored a gold medal in the National Tidy Towns competition and has ambitions to win the overall competition.

It is also entered into Entente Florale European competition - an EU equivalent of the Tidy Towns.

A contract was signed in February by Laois County Council with Carbery Plastics to supply new bring banks in towns across the county.

The initiative was rolled out in four locations in Portlaoise, one location in each of Portarlington, Graiguecullen, Kileshin, Mountrath, Mountmellick, Emo, Abbeyleix, Rathdowney Newtown, Ballybrittas, Killenard, Clonaslee, Raheen, Rosenallis, Ballyroan and Castletown.

Abbeyleix recently had a visit from the President of Ireland Michael D. Higgins, read more about that here.