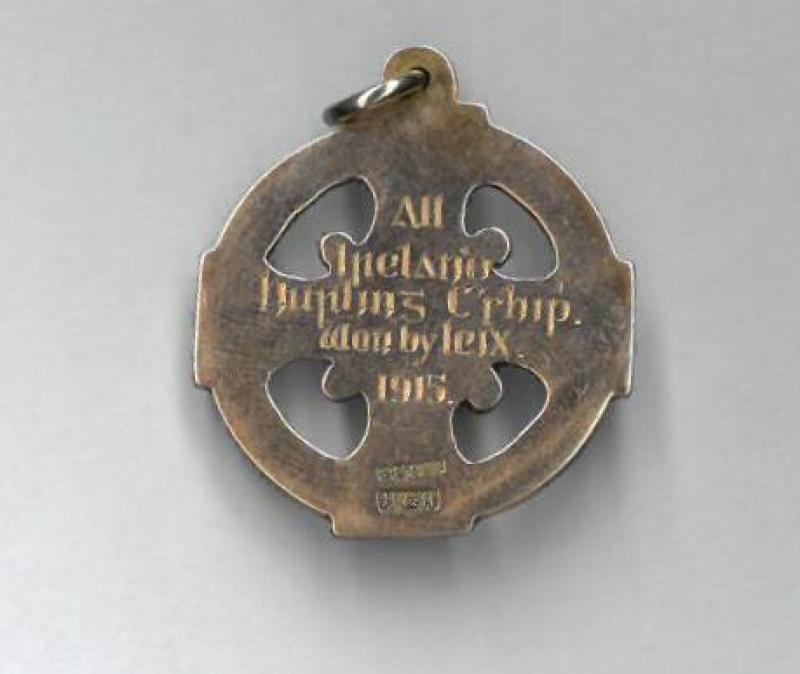 A rare Laois 1915 All Ireland Hurling Medal was bought at auction yesterday for €11,000.

The medal for Laois's first and only All Ireland title was auctioned by Kilkenny-based Fonsie Mealy Auctioneers.

While it hasn't been confirmed who has bought the medal yet Mr Fonsie said "it is going home to Laois and is going to be put on display."

Laois GAA have confirmed that they did not put in an offer.

The auction took place at the Tara Towers Hotel in Dublin on Tuesday May 30.

The medal is described as being an "attractive 9ct gold medal of Celtic Cross design, the obverse with pierced centre and harp overlay, inscribed around "Cumann na gCleas - Luith Gaedhealach" and "Eire," across, the reverse inscribed "All-Ireland C'Ship won by Leix, 1915", hallmarked H. & H. (Hopkins & Hopkins).

At the same auction a programme from the Laois Tipperary All Ireland Final in 1949 was bought for €320 by a separate person.

The programme was valued between €100 - €150 and was bought by a programme collector well-known to the auctioneers.