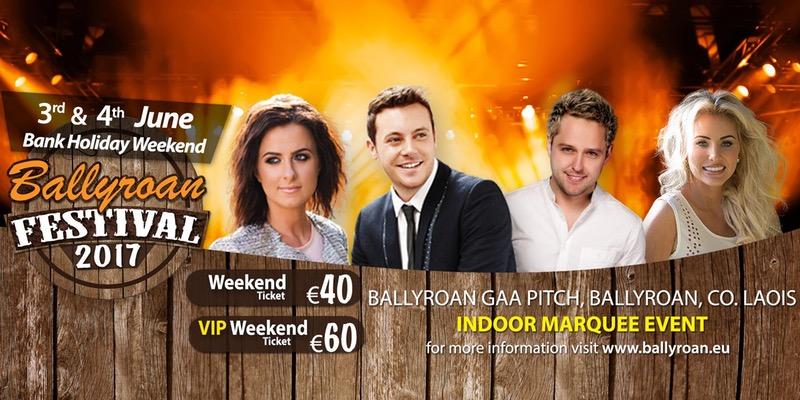 The video is building huge excitement around the event

Country music sensation Nathan Carter has taken to Facebook to show his enthusiasm at headlining the Ballyroan Festival 2017.

Following on from the big success of the first event last year, the two day country music festival returns this Bank Holiday weekend with a stellar line-up on June 3rd and 4th.

In this video published by the Ballyroan 2017 Facebook page, Nathan announces "myself and my band are going to be playing at this years Ballyroan Festival on Sunday June 4th".

Ireland's favourite country superstar is set to headline the Sunday night with support by the ever popular Lisa McHugh, from Scotland.

The video has been viewed over 32,000 times as excitement builds for the festival weekend.

Doors open at 7pm on both nights.

On Saturday night Cliona Hagan opens the festival at 8.30pm and Derek Ryan will take to the stage at 10.45pm.

On Sunday night Lisa McHugh kicks off at 8.30pm ahead of Nathan Carter at 10.45pm.

Find tickets and more information on the festival here.