Maternity inquiry into Portlaoise hospital went back to 1975 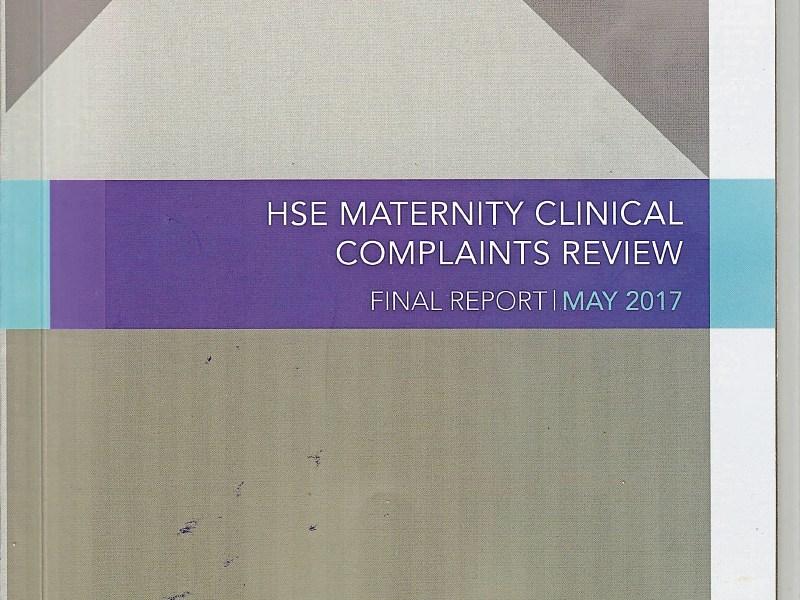 While targeted at the Midland Regional Hospital Portlaoise it also focused on eight other hospitals between 1975 and 2015.

The Clinical Review Team examined patient complaints, identified issues where they arose and advised on necessary actions. They say it was also set up to describe their personal experience and have questions addressed.

The review covers two phases of a complaints process, but focues on phase two which started soon after RTÉ’s Primetime revealed the deaths of five babies at Portlaoise’s maternity service in 2014.

Phase 1 covered 28 complaints while Phase II, the results of which are published, this week, involved 125 complaints.

Of these, 107 related to Portlaoise while 18 concerned care at eight other hospitals.

Of the complaints investigated, 17 involved a perinatal death, (a foetus over the age of 18 weeks).

There was one maternal death. The biggest group of complaints related to the management of a labour - 34 complaints were dealt with. The next biggest grievance related to communications - 28 parents wanted these investigated. In total, 17 complaints concerned health care records, while there were 11 issues with the care of the mother.

Of the Portlaoise complaints, 95 were offered meetings with experts. While 13 declined this offer, 66 complaints were resolved through these meetings.

When the first phase of the review was being carried out no parents met any of the review panel. It was felt this was a failure of the process, so they were offered meetings during the second phase.

A further 16 complaints were referred to a Commissioner for further investigation. Of those, it was found that four cases did not receive care that was consistent with best practice.

There was a ‘deficit in communications’ in two cases. There was a loss or delay in finding two sets of medical records. In eight cases no further findings were identified.

During both phases three perinatal deaths and the care of one baby were linked to CTG (heart beat monitoring) readings.

The clinical review team made recommendations to the Commissioner, including patient apologies, referral of certain complaints for full system analysis, and 12 other specific recommendations. These include:

- All hospitals must have 'robust clinical governance' systems.

- Mandatory CTG training update every two years in all units.

- Immediate communication with family when they have suffered a bereavement or adverse incident.

- Culture of empathy must be fostered for patients.