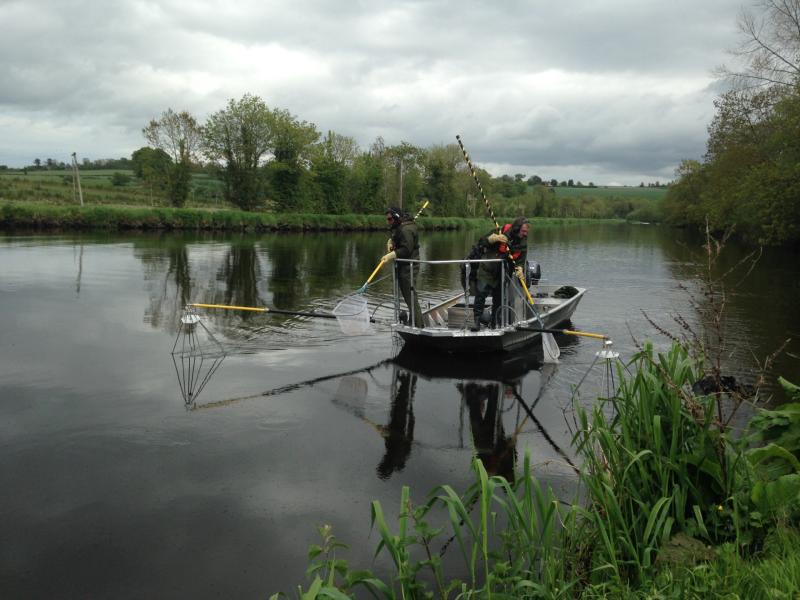 New research from Inland Fisheries Ireland has revealed the state of fish stock levels and the different species present within the River Barrow catchment.

The River Barrow is Ireland’s second longest river after the River Shannon and this is the first large scale catchment wide survey undertaken in the River Barrow to assess the status of all fish species present.

The report reveals that 39% of water sites surveyed on the catchment had high or good fish status. However, moderate or below moderate levels were found elsewhere on the river which runs through north and east Laois. The river flows through the centre of Portarlington.

The ecological fish classification status of various sites was calculated as part of the survey to assist with future fisheries management plans. This included assessment of 35 of the River Barrow’s main channel sites and a further 83 sites within the river’s sub catchments.

Overall, ‘High’ fish status was recorded on five per cent of sites and ‘Good’ Fish was assigned to 34% of sites.

The positive fish status was recorded in the upper reaches of the River Barrow main channel above Mountmellick, Co Laois, downstream of weirs where flow and habitat conditions were more favourable for a larger range of fish species and generally in the middle and lower subcatchment river systems.

However, more than 60% of the sites were cited as moderate fish status or less. The main reasons for less than good fish status were poor water quality, poor habitat, the presence of artificial barriers impeding migratory fish passage and possible competition from the invasive dace species.

Further investigation of these sites will be required prior to the implementation of mitigation measures such as improvements to water quality, habitat enhancement works to improve spawning and nursery areas or tree planting to provide cover for fish.

In addition to classifying the fish status of the sites, the species of fish present were audited as part of the research. More than 10,000 fish were caught and released as part of the survey with a total of 14 fish species and one hybrid (mix) species identified.

Dace, an invasive fish species, was the commonest species in the main channel sites, followed by roach, perch and juvenile salmon, while salmon and brown trout were the commonest species in the subcatchment rivers. Pike were found in 54% of the main channel sites surveyed and brown trout were recorded at 45% of these sites. Other fish species logged included minnow, gudgeon, eel, stone loach, 3-spined stickleback and flounder as well as roach-bream hybrids.

“This survey is the first of its kind within this large catchment area and it tells us a great deal about what is happening on these sites. It is evident that we have an abundance of different types of wild fish species present; however we also know that there are challenges for the catchment in terms of water quality, habitat and invasive species which will need to be addressed. Ultimately, this research will inform future fisheries management and protection strategies.”

Inland Fisheries Ireland encourages all stakeholders on the River Barrow to support the conservation and protection of the river, its tributaries and the species contained within it. It is also hoped that community groups will consider what they can do to improve its water quality and ecology and create a healthy water environment for the benefit of all users.