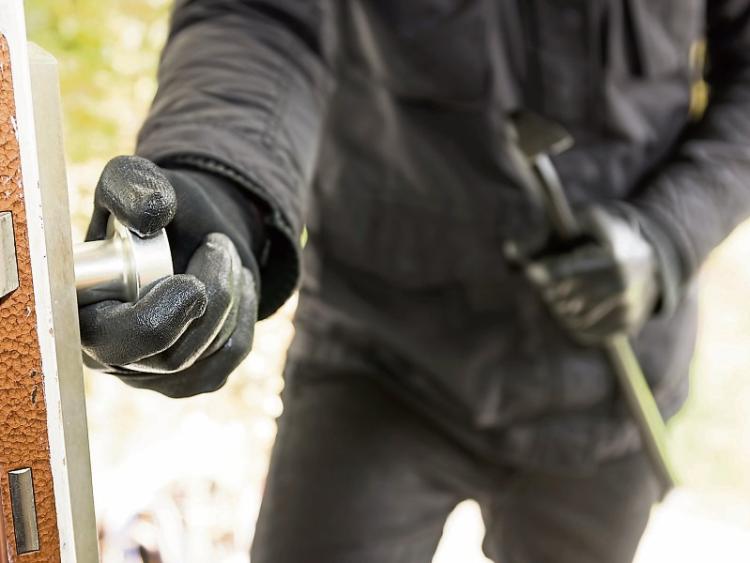 Homeowners are being advised to lock up over the summer months as new figures from An Garda Síochána show that almost one in every four break-ins from June to August results from an unsecured door or window.

The analysis also shows that gardening equipment, tools and bikes are more likely to be stolen by thieves during the summer.

While break-ins are mostly likely to occur between midnight and 4am, and between noon and 3pm.

As well as securing doors and windows, to coincide with the Bloom Festival, An Garda Síochána is recommending householders to plant prickly plants to help deter thieves.

Known as "defensive planting”, a barrier of prickly hedge along the boundary of a home or underneath a window provides an extra layer of home security, according to Gardaí.

Mahonia, Purple Berberis, Ulex Europeans, Golden Bamboo, Firethorn and Shrub Rose are among the 16 plants Gardaí have listed as barriers that help put off thieves from entering properties.

The advice was given at Bloom in the Park for the launch of the latest Supporting Safer Communities Campaign.

It is part of Operation Thor, which has reduced home burglaries by 30% through preventative and enforcement measures since it began in 2015.

Fresh figures released by the Garda Síochána Analysis Service as part of the campaign show:

• Almost one in four home burglaries during the summer involves entry through an unsecured door or window – this falls to one in six during winter;

• Most summer home burglaries occur late at night between midnight and 4am and in the afternoon between noon and 3pm;

• Overall, there were 16% fewer residential burglaries reported in summer months of 2016 compared to winter months.

The campaign is also highlighting how gardening equipment, tools and bikes are more likely to be stolen by thieves during the summer.

• Theft of gardening equipment rose by 23% in summer last year compared to winter, with €191,522 worth of equipment taken;

• Smaller, less expensive tools such as con-saws and chainsaws are stolen more frequently during summer, while larger industrial power tools are more likely to be taken in winter;

"We want people to be aware of how unsecured doors or windows create an opportunity for a burglar during the summer.

“Over the next week, community police officers across the country will be very active in advising people how best to avoid such break-ins.

“Don’t make the job of a burglar any easier for them – that’s the message.

“We are also encouraging homeowners to maintain gardens and prune trees and shrubs, so as to remove hiding places for burglars on our property.”