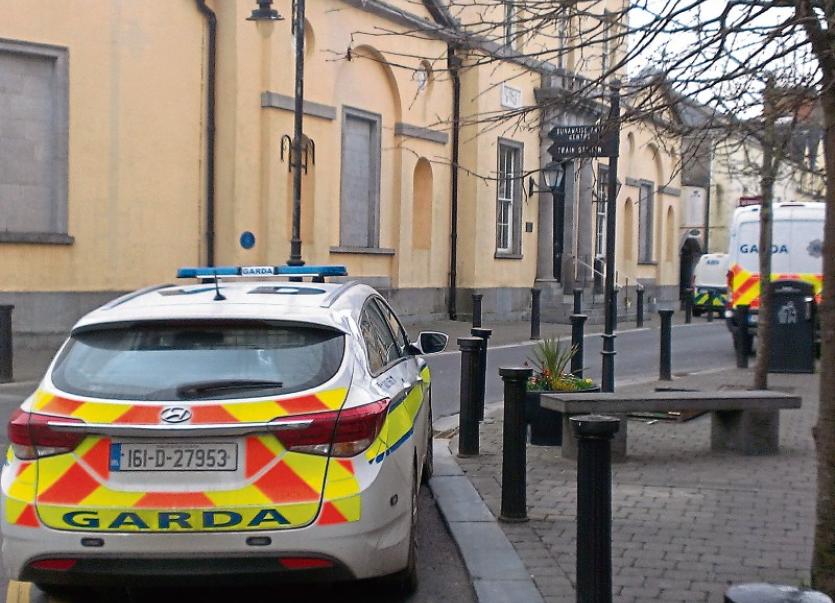 A man out celebrating the birth of his child was set upon in a Mountrath chippers and assaulted so badly he was unconscious for some time with a broken nose and damaged teeth.

At yesterday’s (Thursday, June 8) district court, Judge Catherine Staines refused jurisdiction in the case as she described the attack as too serious, and sent forward to the circuit court three Laois people charged with assault causing harm.

Inspector Eamonn Curley gave evidence that on September 25, 2016, members of a local GAA team were drinking from tea time in a pub in Mountrath.

In the early hours of September 26, the three accused went to a nearby chippers where it is alleged words were exchanged between them and the injured party, a Mr Billy Kirwan.

It is alleged that Mr Kirwan was repeatedly assaulted and rendered unconscious for some time. He suffered a number of injuries including a broken nose and damage to his teeth, and had to be taken to the hospital.

In response to a question from Judge Catherine Staines as to what caused the attack, Garda Keith Hartnett said it was hard to know if there was any history between the parties.

Garda Hartnett alleged that “words were exchanged and they descended on him”.

He told the court that the injured party’s wife had given birth that day and Mr Kirwan had been out celebrating.

“I don’t think he had too much to drink,” said Garda Hartnett.

Defence for Geroid Burke said that CCTV footage showed that the injured party was not on his own on the night and claimed that words were exchanged from him to Kim Cuddy.

After hearing the outline of the evidence, Judge Catherine Staines said the matter was too serious and refused jurisdiction. The case will now go forward to the circuit court.

The matter was adjourned to July 27 for the serving of books of evidence on the three accused.