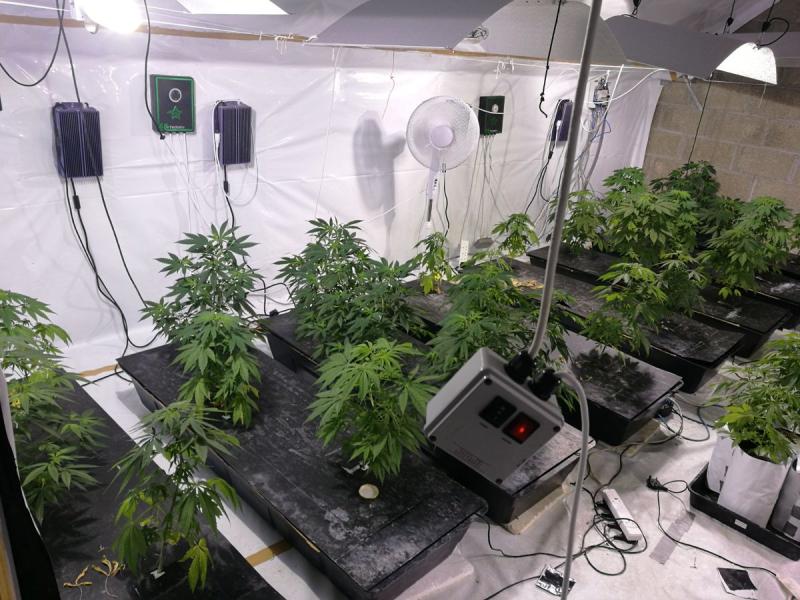 The elaborate cannabis grow house which was discovered by Gardaí in Clara, Co. Offaly

Gardaí in the Laois Offaly Division have discovered a grow house and seized in excess of 100 cannabis plants.

As part of ongoing investigations targeting an organised criminal group involved in the operation of Cannabis grow houses nationwide, a search was conducted at an address in Clara, Co. Offaly yesterday, June 12.

The search was carried out by local Garda units from Clara Garda Station assisted by members of the Garda National Drugs and Organised Crime Bureau.

Cannabis plants with an estimated street value of €80,000 were seized during the operation.

The operation in Offaly was a follow up to searches conducted on Friday, June 9, when three grow houses were discovered as part of an intelligence led investigation into the sale and supply of drugs in the Castlebar, Nenagh and Dundalk areas.

€200,000 worth of cannabis plants were seized during those operations, three men were arrested. The investigation is ongoing.