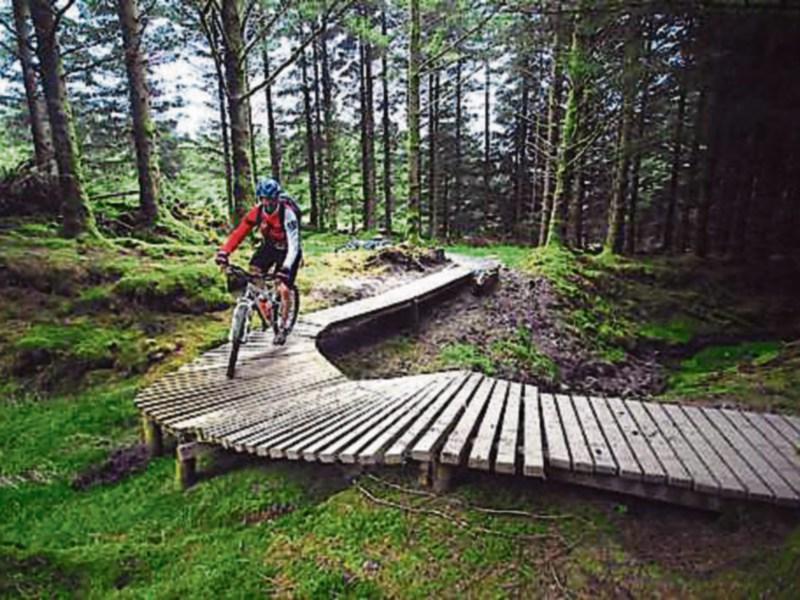 Laois County Councillors have demanded that the State-owned forestry company Coillte, come and explain the funding hold-up for the Slieve Bloom Bike Trail.

The 100km mountain bike trail proposed by the semi-state forestry company has planning approval from Laois and Offaly County Councils but Coillte has no money to build it.

The project suffered a big blow after Fáilte Ireland said it has not yet considered the project for funding. The tourism body's grant scheme for major projects up to 2020 is closed.

The local authorities are jointly applying for other state funding to start the trail, but county councillors want to hear directly from Coillte management.

An invite to meet them has been sent, proposed by Cllr Caroline Dwane Stanley. She feared a letter would “just get a standard response”.

It was supported by Cllr Seamus McDonald, at the May council meeting.

“I think its a scandal that money was refused, I speak as chairman of the Slieve Bloom Development Association,” he said.

“We shouldn’t take it lying down. This is a great project, we should meet the minister and see if we can get funding. We all have our own little ‘wild atlantic way’, we only want a little slice of the cake,” he said.

“The problem is Coillte opened up entrances, is it not possible to put up a fence so drivers can’t get in and get rid of their rubbish unseen? It’s crazy what’s going on,” he said.

Cathaoirleach Tom Mulhall agreed to send the invite, and offered to lead a deputation to meet the Minister for Arts & Heritage Heather Humphreys.