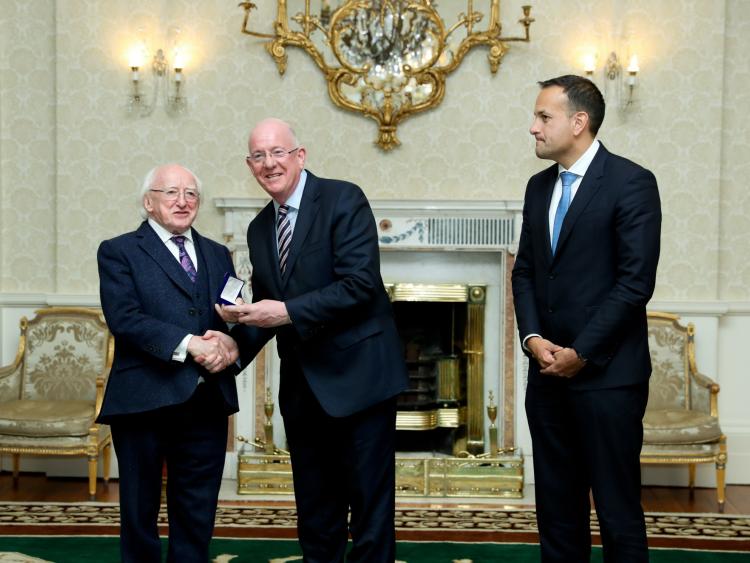 Leo Varadkar has given Laois TD Charlie Flanagan one of the most challenging jobs in Government with his appointment as Minister for Justice and Equality.

The new Taoiseach, Leo Varadkar announced his new cabinet in the Dáil last night. Afterwards Minister Flanagan went to Áras an Úachtaráin with the rest of the new cabinet to receive his seal of Office from Michael D Higgins.

"The Minister, Deputy Charles Flanagan, will serve in the Department of Justice and Equality where his key tasks will be to continue to reduce crime, to pilot the Judicial Appointments Commission Bill through the Dáil and to drive reform and culture change in An Garda Síochána," Mr Varadkar told the Dáil.

Apart from the thorny issues of garda reform and fighting crime, the new role will see him having oversight of the country's prisons. Ireland's largest prison complex is located in Laois.

The Portlaoise-based solicitor was first elected to the Dáil in 1987. He was appointed to cabinet by Enda Kenny in 2014 and reappointed after the cabinet in 2016.

Minister Flanagan wanted to stay in Foreign Affairs but did not put down any preconditions on his ministerial position when supporting Leo Varadkar in the Fine Gael leadership.

The Laois TD was Fine Gael's spokesman on justice prior to 2011 when the party went into coalition with the Labour Party. Alan Shatter was appointed as Minister for Justice in 2011.

The Mountmellick native was presented with his seal of office by President Michael D Higgins.