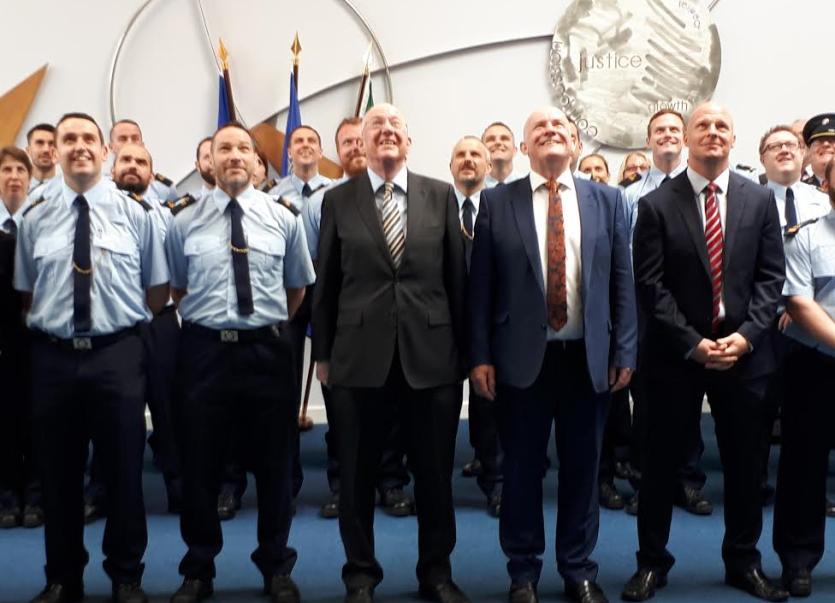 The new Minister for Justice and Equality, Charlie Flanagan has expressed confidence in the Garda Commissioner, Noirin O'Sullivan.

Minister Flanagan stated his position in his first public engagement as Justice Minister on a visit to the Irish Prison Service Training College in Portlaoise this morning.

Speaking to the Leinster Express, Minister Flanagan said he had met with the Garda Commissioner on Thursday and had received a detailed briefing from her.

Stressing the importance of Garda reform he said that the elaborate programme of reform was being proceeded with, and that this would involved looking at changing structures.

"There are a number of working groups looking at this, and I want to ensure that the process proceeds with vigour," the Minister said.

Minister Flanagan said that his emphasis would be on a crackdown on crime and in particular on rural crime.

He said recruitment to the Gardaí and Prison Service was back on track.

Regarding a new Garda station for Portlaoise, he said the process was at an early stage but that all the major capital developments in his Department would proceed, including courthouses.

Minister Flanagan said he was excited with the Justice portfolio. "I'd like to point out that I am not the first Minister for Justice from Laois. Kevin O'Higgins, one of my heroes, was Minister in the 1920s and I look to him for inspiration."

Was he surprised with the appointment to Justice?

"The indications were that the new Taoiseach would make changes. I would be happy to serve in any capacity. Most of my political life was spent in Opposition, and this is now my third Department. "Politics is a hugely challenging career to serve at the top table is a huge privilege."