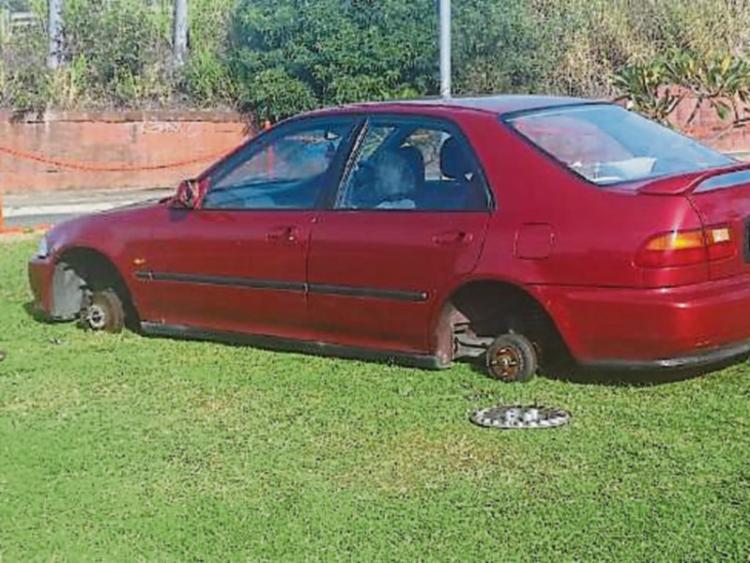 Two cars were recently abandoned without wheels or registration plates in Rathdowney in Laois, prompting a local councillor to urge the council to address the problem.

“It is a shame to see a lovely estate with an abandoned car in it. Maybe you could put some public notice in the newspaper to say how you will remove cars,” he said.

“It’s not fair on people living in an estate, either side of the house it’s left at,” he said.

The council said that it must wait four weeks after placing a warning notice on a car left in public place, before they can remove it.

After a complaint is received about an abandoned waste car, it is inspected by the litter warden, the ownership checked with Motor Tax, a notice placed on it and a letter sent to the owner asking them to remove it within four weeks.

If the car is still there the council gets an authorised treatment facility to remove and scrap it.

Where the vehicle is not deemed waste, such as cars parked on roads with ‘for sale’ signs, the Road Section may use either regulations for abandoned cars, or Section 71 of the Roads Act 1993 for a vehicle used for the purposes of advertising the sale of goods, the provision of services or other similar purpose on a public road without the authorisation of the Roads Authority.