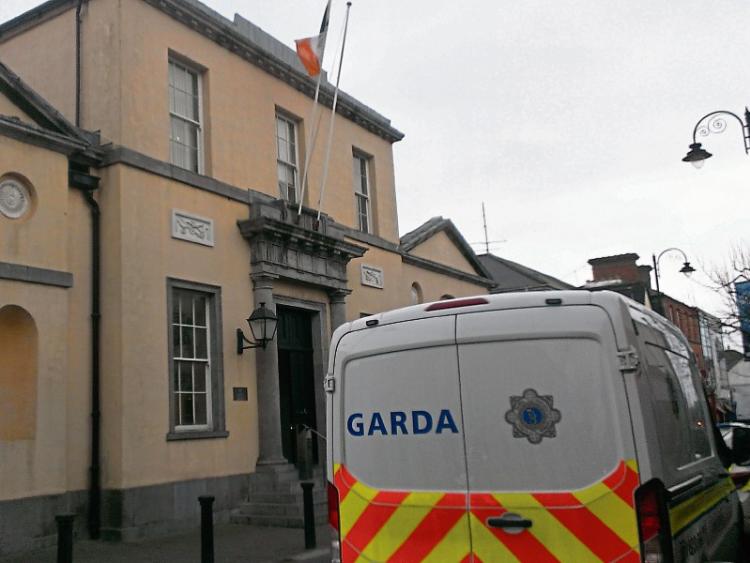 A Pakistani national caught in Emo in a stolen BMW has been sentenced to eight months in jail, with his wife, who was a passenger in the car, receiving the benefit of the probation act.

Garda Foy gave evidence that on June 10 this year, in the car park at the Gandon Inn, Emo, a black BMW was discovered which had been stolen from Dublin.

The two accused were in the vehicle, Ejaz Mussarat in the driver's seat and Tehmina Ejaz in the passenger seat.

When arrested, the woman, Tehmina Ejaz, gave a false name and date of birth, and could not produce a passport to the gardaí.

Garda Daryl Rigney gave evidence that the car had been stolen on June 8 and the vehicle had no tax, insurance or NCT.

Ejaz Mussarat cooperated with the gardaí and admitted the unauthorised taking of the vehicle.

Defence, Ms Josephine Fitzpatrick said that in relation to Tehmina Ejaz, she was Pakistani-born and living in Ireland two years with her husband,

She hadn't been with the co-accused when the car was stolen, but had been travelling in the car.

Defence said that the accused's in-laws had travelled from the UK to support them, and the accused would return to the UK with them.

In relation to Ejaz Mussarat, Ms Fitzpatrick accepted that he had a very poor record.

He had spent a good deal of his life in and out of trouble, said defence.

A Pakistani national, he set up a shop in Dublin a year and a half ago, but sold that business.

Ms Fitzpatrick said that cash found on him by the gardaí had been a result of selling the business.

Garda Rigney confirmed that €2,950 was found on the accused, but the State was satisfied this had come from the sale of the leash of the Dublin shop.

The accused had borrowed the money from his brothers and the money was given back to them.

The judge imposed eight months in prison and disqualified him from driving for six years. For no insurance, he received another driving disqualification of six years.

Recognisance was fixed in the event of an appeal. Judge Staines fixed recognisance at €3,000, as she described the accused as a possible flight risk.

In relation to Tehmina Ejaz, the judge said she had no previous convictions and as she was reliant on her husband, she had found herself in these circumstances.

Judge Staines gave the accused the benefit of the probation act.

saying she was giving the accused an opportunity to pursue her own life in the UK.