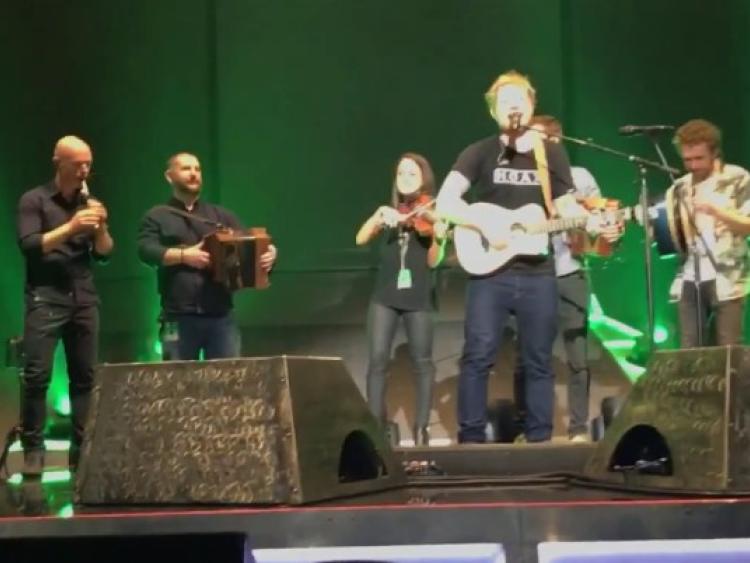 The trad band who played with Ed Sheeran on Galway Girl and Nancy Mulligan, on his new album ÷ (Divide), is coming to Portlaoise, fresh from the Glastonbury main stage.

Traditional Irish band BEOGA joined Ed Sheeran on stage in a blistering set to close out the festival.

The band has earned rave reviews for their five studio albums and live performances in some of the world's most prestigious venues. They received a GRAMMY nomination for Best Contemporary World Music Album in 2010.

Music Generation Laois presents Beoga as part of a series of exciting concerts taking place nightly throughout the Trad Summer School (21 – 23 July 2017). Book-ending BEOGA’s performance, an Opening Gala Concert on Friday 21 July will feature tutors from the Summer School and the Music Generation Laois Trad Orchestra, and on Sunday afternoon, 23 July a Grand Finale Student and Tutor Concert will round off the weekend.

'We are so excited to be able to present BEOGA in concert as part of our summer programme this year. We’re especially delighted to be able to give our young trad musicians an opportunity to see these brilliant performers at work. Our trad programme at Music Generation Laois has been growing from strength to strength since it was established in 2012," she said.

It is not the first time Ed Sheeran and Portlaoise are linked.

His famed use of the loop pedal was inspired by Portlaoise singer songwriter Gary Dunne, who Ed got to know as a young teenager, recounted in his autobiography.

"The reason I use a loop pedal now is cos I saw a guy called Gary Dunne use a loop pedal. I was 14 and I was just blown away. I was like, ‘this in incredible, I need to get one of those pedals’, so I did. I made friends with Gary, he taught me how to use it, and that was the gig that started me off on the whole loop pedal journey," Ed wrote.

Tickets to see BEOGA on Saturday 22 July are on sale now from €15, and can be booked online at kavanaghsportlaoise.com or in person through Kavanagh’s Live Music Venue.

Registration for the Music Generation Laois Trad Summer School is open now for young musicians ages 8+ who have some experience playing their instrument. Further information is available online at musicgenerationlaois.ie.