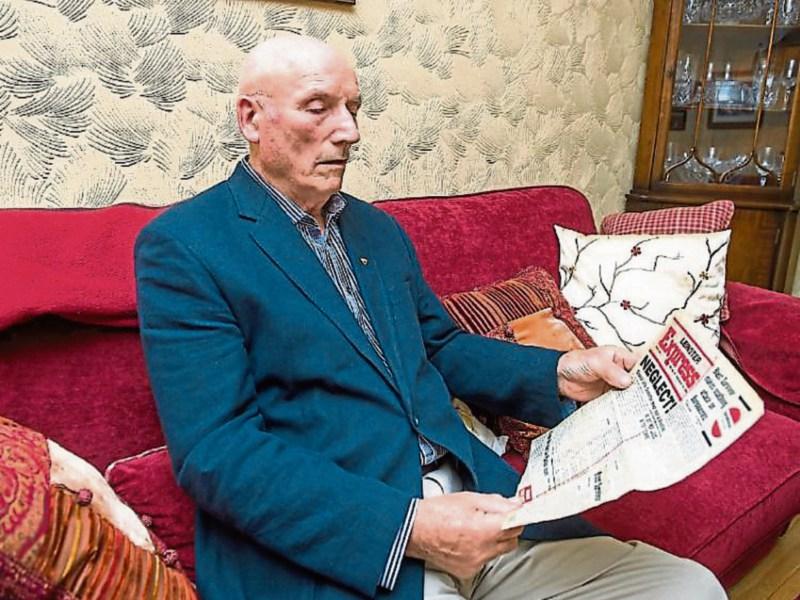 Justice is finally being done to the victims of the IRA bomb blast at Garryhinch in October 1976.

The facts of what took place have been well aired, even at a remove of 40 years ago.

The death of Garda Michael Clerkin and the grievous wounding of the other members that attended a house in Garryhinch on the night in question marks one of the darkest days in the history of the Gardai.

Garda Clerkin himself was 24-years of age when he lost his life in the line of duty.

The sacrifice which he and his colleagues made cannot be measured on any normal scale.

All were maimed whilst doing the essence of Garda work - seeking to protect the citizens of the State.

It's fitting that this award is being overseen by Charlie Flanagan, the current Minister for Justice, whose family were under threat on that night in 1976.

The four who survived have carried the memories and scars of that horrific night to this very day.

It is incredulous to thinkg that it has taken this long to honour these men.

This newspaper was amongst those who carried stories on this oversight over the years.

One headline from the 1980s summed it up simply - 'Neglect!'

At least now recognition is finally coming in the shape of the Scott Medal for bravery.

Let's not forget that this award means a lot to these men.

In 2001 retired detective Tom Peters, who was left deaf and blind as a result of the ambush, pleaded with the authorities to at least recognise the sacrifice made by Garda Clerkin by presenting the medal to his family.

His plea at that juncture appears to have fallen by the wayside.

Speaking to the Leinster Express last year on the 40th anniversary, retired Sergeant Jim Cannon said that, “If Tom Peters had a medal in his hand it would mean something.”

At least now he will.

And at least the four survivors have lived to see the day when their huge sacrifice will be acknowledged.

It must also come as some solace to the family of the late Michael Clerkin.

Why these men had to wait for so long for this acknowledgment is perhaps a matter for another day.

The important thing is that this is now happening, and they and their families can take some comfort from it.