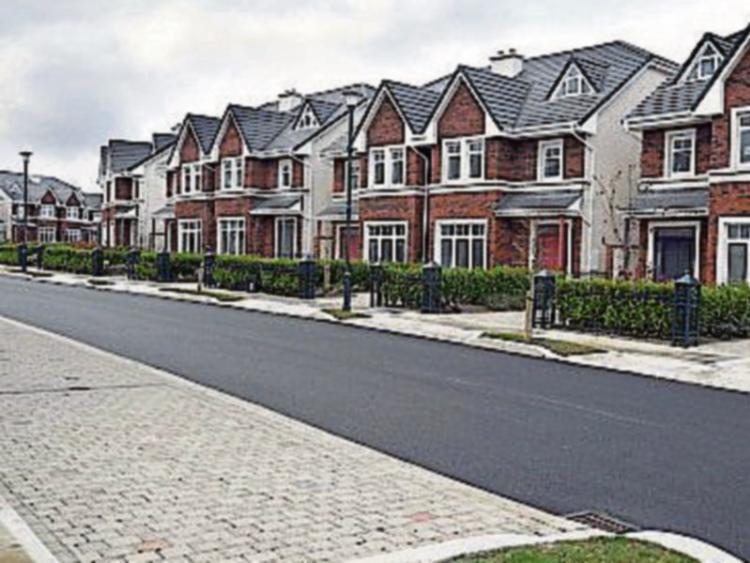 The price of the average three-bed semi in Laois has risen 7.1% to €150,000 in the last three months, according to a national survey carried out by Real Estate Alliance (REA).

The survey concentrates on the actual sale price of Ireland's typical stock home, the three-bed semi, giving an up-to-date picture of the property market in towns and cities countrywide.

“Prices are continuing to increase with buyers coming from Kildare and Dublin after being priced out of the Dublin market,” said Seamus Browne of REA Seamus Browne, Portlaoise.

“Portlaoise is still a strong commuter town with an increase of 10% in population since the last census.” 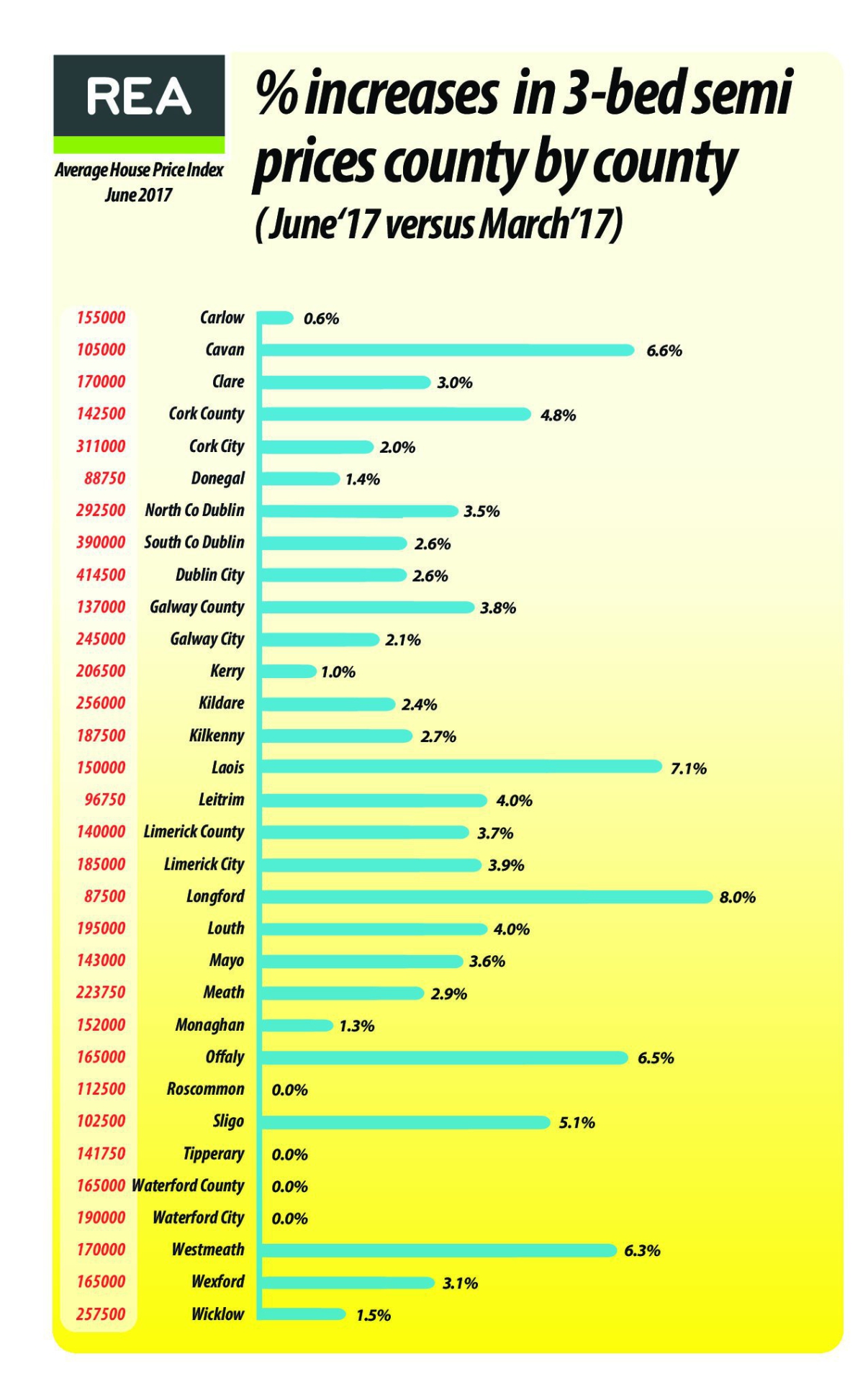 Overall, the average house price across the country has risen by 11.2% over the past 12 months – in contrast to the 4.5% increase registered to the full year to June 2016.

While new building is still in its infancy, new developments on sale in small pockets of the country have had an impact on the price and demand for second-hand properties locally.

“Agents have been reporting that where there are new homes available, the price of second-hand properties has been under pressure,” said REA spokesperson Healy Hynes.

“Most of our national housing stock is over a decade old, and house purchasers – especially first-time buyers – will opt for new builds at a higher spec, even if there is a marked difference in price.

“Our agents are also reporting that both purchasers and three-bed semi vendors are looking for larger homes, which is having an adverse effect on the supply chain, with the result that time taken to sell is now four weeks on average in Dublin and the major cities, and as low as three in some parts of the capital.

The price of an average house in Dublin rose by 2.6% in the second quarter of this year with three-bed semis in the capital now taking as little as three weeks to sell.

The commuter counties Louth, Meath, Kildare, Wicklow, Carlow and Laois continued to rebound after a relatively static end to 2016 and saw an increase of 2.6% in the quarter, with the average house now selling for €223,267.

Prices in the major cities of Cork, Galway, Limerick and Waterford rose by 1.9% in Q2 and 9% on the year, the survey found.

The biggest percentage increases over the past three months came in the country’s smaller rural towns situated outside of Dublin, the commuter belt and the major cities.