More than 9,400 Laois voters around Portarlington could be getting Kildare TDs 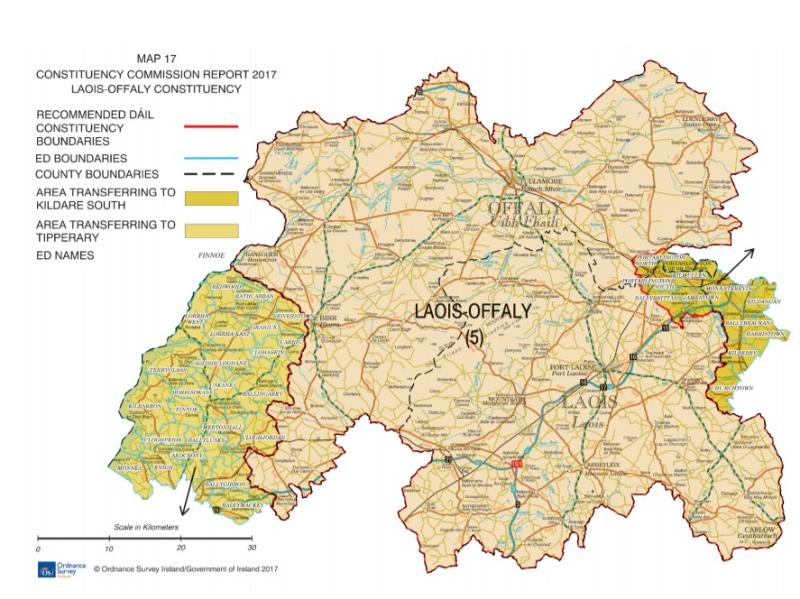 A town that sits on the Laois Offaly border could be about to move into Kildare politically as part of a move to reunite the two midland counties and expand the representation of Kildare in the Dáil.

The Constituency Commission has recommended scrapping the recently formed two three seat Laois and Offaly constituencies. They would be replaced be a new five seater which itself was replaced for the 2016 General Election because of population figures.

Under the changes more than 9,450 from Laois and 2,404 from Offaly will be represented by Kildare politicians.

A map of the two new constituencies shows the town of Portarlington and its hinterland in Laois and Offaly, which sits on the border between the two counties, move into Kildare South. The village of Ballybrittas in Laois would also move to Kildare.

The changes are being recommended because Dáil representation must represent population figures.

It is reversal of a change the last time around when Monasterevin was included in the new Laois three seat constituency.

At present, Fianna Fáil, Fine Gael and Sinn Féin have two TDs each in Laois Offaly. The only minister is the Minister for Justice Charlie Flanagan. Former Taoiseach Brian Cowen represented Laois Offaly for many years.

Read below picture for Commission's explanation 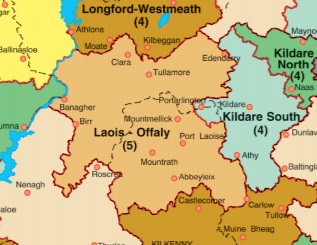 The following is the Commission's explanation for the change.

"Following the transfer of Tipperary population, recommended above, the 3 seat Offaly constituency, comprising the entire county of Offaly with a population of 77,961, would have a population per TD of 25,987 giving a variance of -12.68%.

This is not acceptable to the Commission. While the Laois and Kildare constituencies have acceptable variances it is necessary to alter these to address the high variance in the Offaly constituency.

While the recommendations of the Commission respond to some of the proposals, at least in part, generally the proposals were not acceptable to the Commission having regard to its terms of reference, in particular in relation to avoiding breaches of county boundaries and continuity.

The Commission recommends that the counties of Laois and Offaly should be joined to form a 5 seat constituency, an arrangement that was in place from 1923 to 2013.

However as the total population of the two counties, at 162,658, is too great for a 5 seat constituency – it gives a variance of +9.3% – a transfer of 11,854 population to Kildare South is recommended, as detailed below.

The Commission recommends that Kildare South become a 4 seat constituency and that population be transferred as follows into the constituency: the 7,892 county Kildare population that is in the existing Laois constituency; population in the Portarlington area, 9,450 from Laois and 2,404 from Offaly; and 3,226 population from Kildare North.

These transfers will improve the balance of variances between the constituencies in the area and there will no longer be a breach of the Kildare county boundary.

The following table sets out the relevant statistics for the recommended constituencies of Kildare North, Kildare South and Laois-Offaly.